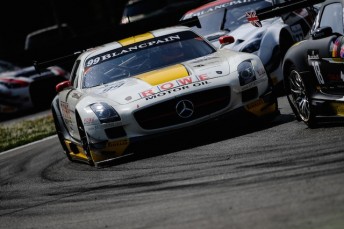 MEDIA RELEASE: For ROWE RACING, the joy after the successful debut in the Blancpain Endurance Series (BES) with a pair of top ten results at Monza was huge.

Now, team principal Hans-Peter Naundorf intends to build on that on the island: “This will be our competition debut at Silverstone. We already know the track from test sessions and our drivers are also aware of the special challenges. Competition in the BES is tough and there will be even more teams at Silverstone. 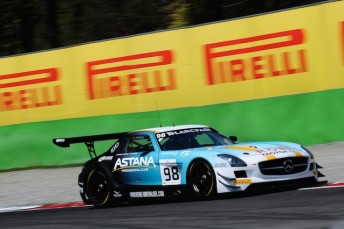 “Nevertheless, I am confident that both our cars will be right at the front. We are looking forward to it!”

At Silverstone, Nico Bastian (GER), Stef Dusseldorp (NED) and Klaus Graf (GER) will again be sharing driving duties behind the wheel of the SLS AMG GT3 with starting number #99.

At the Silverstone circuit with its long history, a total of more than 60 cars will be racing in three classes.

ROWE RACING is competing in the highest class, the PRO CUP. There, 25 teams are out to compete for class and outright honours.