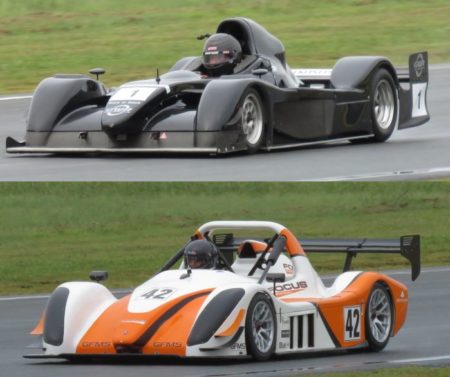 The conditions for all the competitors and teams at Round 1 of the 2022 Industrie Clothing New South Wales Supersports Championship at Wakefield Park in February was as challenging as it could get, with rain and damp and dry conditions thrown at 23 Supersports competitors, resulting in frantic tyre changing, some disfigured Supersports, and unexpected results.

Round 1 could end up being a foretaste of Round 2 which takes place this Saturday April 9, with the weather prediction being for lots of rain, so it looks like there will be no respite for the tyre technicians at Gary Motorsport Tyres one more time!

Round 1 for Ryan proved to be a test session for his brand new Wolf after an engine problem detonated his Round 1 hopes barely after Race 1 started. With the help of the Wolf factory in Italy, Ryan is now Ready Set to attack the entire Supersports field at Round 2, although from the bottom rung of the pointscore ladder.

In addition to his regular Class 2 adversaries, Darren will also have the strong Mark Lauke and John Paul Drake from South Australian in their Wolfs to contend with.

Simon Copping and Aaron Lee, in their Wests (WX10 and WR1000), and Paul Palmer in his Stohr WF1, face the same challenges as Darren, with their similar lightweight Supersports.

Darren and Simon and Aaron and Paul will be dancing for the clouds to downpour before each of the three races over Round 2 of the New South Wales Industrie Clothing New South Wales Championship to help equalize the power advantage of their bigger and more powerful Class 2 adversaries so they could at least mix it wheel to wheel with Steve and Peter and Alex and Ryan and Mark and John Paul.

Paradoxically for Darren, a wet track surface will also advantage the Class 1 Radical SR3’s, their usual power-to-weight ratio disadvantage in the dry will close up to the Class 2 Supersports, which means Darren could also be mixing it with a swarm of Radical SR3’s as well!

Leading the Class 1 Radical SR3’s is Mark Brame, who is second on the pointscore ladder behind Darren after a class-winning return to Supersports racing at Round 1.

Peter Clare, 2020 New South Wales Supersports Champion Stephen Champion in his Champion’s Business Growth Advisers Radical SR3, Ash Samadi, who endured a tormentful debut to Supersports racing at Round 1, Craig McLatchey, Greg Kenny, debutante Paul Royal, Sue Hughes, Andrew MacPherson, Touring Car great Brian Walden, and Warwick Morris, will all be looking forward to racing amongst the Class 2 cars in the wet conditions in their Radical SR3’s with the more powerful Class 2 Supersports cars and be the first to cross the Finish line.

Hopefully, the fibreglass cosmetic surgery services of Sydney Composites will not be as much in demand as it was after Round 1!

The New South Wales Supersports drivers will be aiming to record lap times in the 1.26’s – two seconds faster than a V8 Supercar –