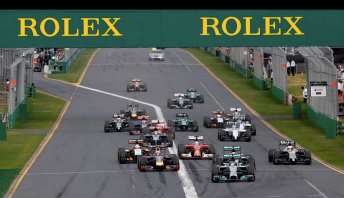 Rolex, the luxury Swiss watchmaker, for a third year, will be the Title Sponsor of the Formula 1 Australian Grand Prix.

The title sponsorship announcement comes as the Melbourne event prepares to celebrate its most significant milestone yet – two decades of Formula 1 racing in the city.

The 2015 Formula 1 Rolex Australian Grand Prix will once again be the season opener of the FIA Formula One World Championship™. It will be held at the iconic Albert Park Circuit, 12-15 March, 2015.

Rolex SA Communication and Image Director, Mr Arnaud Boetsch, said Rolex is delighted to extend its association with the Melbourne event given its strong commitment to excellence and to global sport at the highest level.

“The opening round in Australia is always highly anticipated by sporting fans worldwide. It’s a truly world class event which is not only a favourite of drivers and teams, but fans too,” Mr Boetsch said.

“The Formula 1 Rolex Australian Grand Prix is a crowning moment in Rolex’s support for Formula One and sets the scene for the rest of the season.”

Formula One group CEO, Mr Bernie Ecclestone, said after a highly successful two years in partnership, Rolex is well and truly part of the Formula 1 family.

“From the beginning, we have worked towards this being a long-term union, and it’s superb to see that as we enter our third year those intentions are coming to life,” Mr Ecclestone said.

“It’s wonderful that such a prestigious brand will feature prominently throughout the 2015 season. Like Formula 1, Rolex is driven by innovation and exceptional engineering, so I can’t think of a better brand alignment.”

“As the Formula 1 Australian Grand Prix prepares for its 20th staging in Melbourne; it’s fitting that a brand with such a long and proud motorsport history will see us into the next era of Formula 1 in this great city,” Mr Walker said.