Robinson making his own name

Robinson making his own name 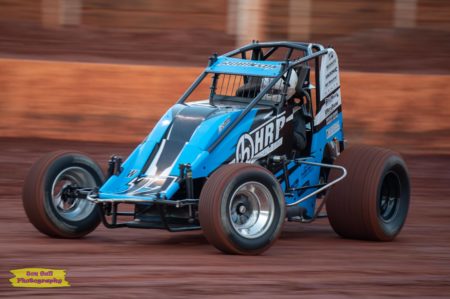 With the Robinson surname being synonymous with Speedcar racing in Western Australia, a second-generation speedway racing member of the family, Jake Robinson, is making his own name within the Wingless Sprint class.

In what is only his second Wingless Sprint season, Robinson in last weekend’s Australian Wingless Sprint Championship at Kalgoorlie International Speedway recorded his best performance in the class with a ninth-place finish.

“My run at the Australian Championship has boosted the whole team’s confidence, as we learned so much running up against Australia’s best racers and hopefully all of this experience is going to benefit us well into the future.”

Prior to the Australian Championship campaign, Robinson had been building up on his experience in only his second Wingless Sprint season and was becoming more competitive, which saw him score a minor podium finish at the Perth Motorplex earlier this season.

After stepping into the Wingless Sprint class at the beginning of last season from a Dirt Kart background, Robinson was joined out on the track by his older brother Alex. The pair presented two well-presented Maxim cars, but their debut season was marred by a nasty crash by Alex at the Perth Motorplex and it saw him sustain a season-ending injury. This season, Alex returned to the track briefly after getting a doctor’s medical clearance, but he has since decided to stay on the sidelines for a little bit longer and will make a return to the track once he is back to full health. On a more positive note, Jake and the team decided to switch from Maxim to Triple X cars, which has seen them quickly reaped rewards in the competitive Wingless Sprint class.

With the Robinson family well known within the Speedcar ranks, where Jake and Alex’s dad Paul competed in the class for nearly three decades, the plan to jump straight into the Speedcar straight away for the Robinson siblings wasn’t an option, as Paul thought they would benefit from firstly learning the open wheel craft via Wingless Sprints.

“Dad wanted us to get some more experience before we jumped into a Speedcar, so the decision was to join Wingless Sprints,” explained Jake Robinson.

“Down the track, the plan is to move into Speedcars, but for now, we are having a lot of fun in Wingless Sprints. They teach you a lot about the benefits of good throttle control and consistent driving, which is no doubt going to help when you move into a faster class like Speedcars.”

With a move into Speedcars on the horizon, Robinson’s immediate plans are to become a consistent front runner in the Wingless Sprint class.

Robinson’s next appearance will be for the final Perth Motorplex Track Championship round on the Saturday night of March 14.

To find out more about Robinson and his team, LIKE them on Facebook by searching Paul Robinson Motorsport (PRM).