River revved up for national title

River revved up for national title 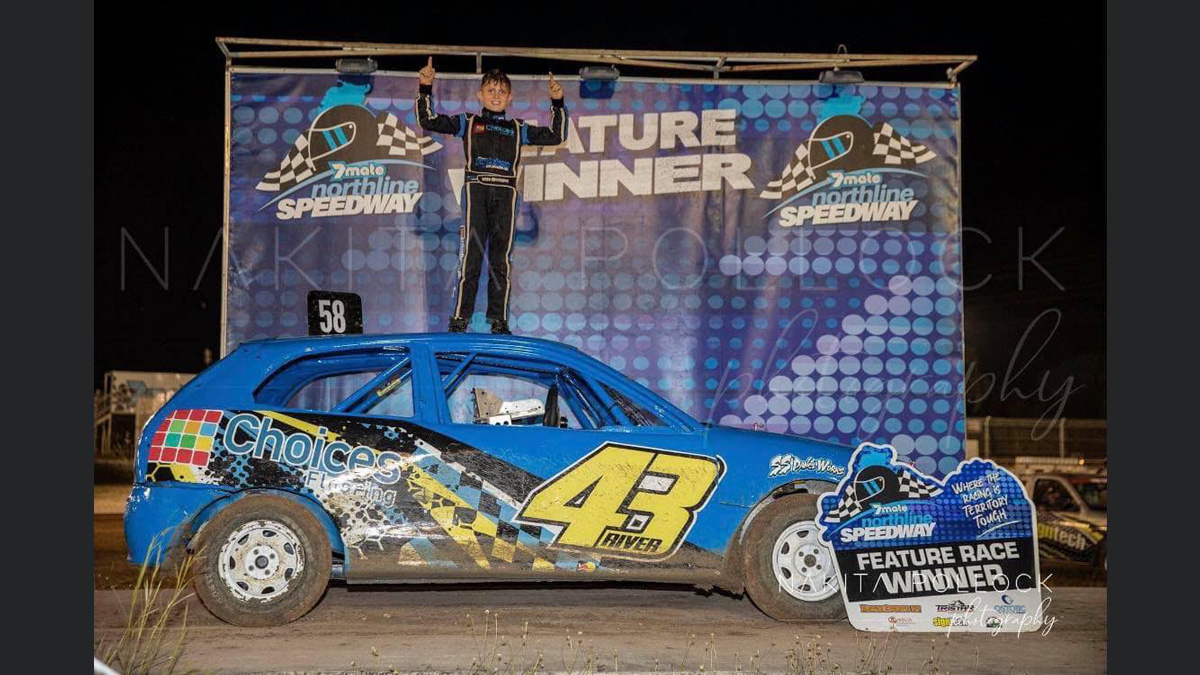 Over the past couple of months, youngster River Spitzbarth has been gaining a lot of experience down in the southern states of South Australia and Victoria in readiness for his tilt at next month’s National Junior Sedan Title in country Victoria.

Since early February, the 11-year-old from Darwin in the Northern Territory has competed in various race meetings in both South Australia and Victoria up against some of the country’s toughest Junior Sedan competitors.

Recently, River, aboard his NT # 43 Choices Flooring Darwin / Hire Power NT supported Mitsubishi Mirage, made his first appearance at Alexandra Speedway in preparation for next month’s National Title at the track, and he performed strongly to come away with a top-10 finish in the feature race after starting at the back of the field out of position 22.

With less than two seasons to his name in Junior Sedans, River, at the age of 11, is one of the youngest drivers competing in the National Junior Sedan class. Competing up against rivals that most of the time five years older than him, he is certainly able to hold his own out there on the race track.

River is hoping that all of this invaluable experience gained in recent months is going to hold him in good stead for next month’s National Title. This is going to be his first National Title attempt, which is brings up both excitement and nerves leading into the event that will see him take on the country’s best Junior Sedan drivers.

Over the past two years in Junior Sedans on the domestic front, River has certainly impressed, where he finished on the podium (third) in last year’s Northern Territory Title, along with winning the 2021 Tennant Creek Title, and claiming numerous feature-race wins at his home track of Northline Speedway, including the Darwin Title.

One of River’s highlights over the past 12 months was breaking the one-lap Junior Sedan track records at Northline Speedway and Katherine Speedway tracks. Both of these records were previously held by 2018 National Title holder Ardie Jonic.

Following the National Title and Victorian Title fortnight, River is set to return to his home base of Darwin in the Northern Territory to prepare for the 2022 season at Northline Speedway that will blast into action on May 7.

Apart from his parents Simon and Mary-K, River would like to thank his Auntie and Uncle in Murray Bridge, Matt Nelson and his family, for all of their ongoing support.