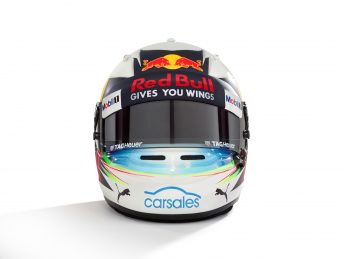 This is carsales’ first global ambassador and comes as the company continues its overseas expansion with businesses now in 10 countries.

Ricciardo will be working with the brand to help inspire car buyers and sellers through his own personal love of driving, and support the overall brand strategy which is focussed on helping Australians buy & sell a car with ease & confidence.

carsales Chief Marketing Officer, Kellie Cordner, says the alignment with Ricciardo is something carsales is very proud to have established.

“As one of Australia’s leading sportspeople and personalities, Daniel appeals to a very broad demographic and is viewed as an authentic, relaxed and approachable leader – traits we align with our own business.

“His natural charm and Australian roots, not to mention his clear commitment to success, speed and innovation, are all things we see as congruent with our own company and something we want to harness through the personalities we align ourselves with,” Cordner says.

Ricciardo says he’s excited to be aligning with carsales as a fellow home-grown success story “Although my racing career has taken me all over the world it is a great feeling to be aligning myself with such a strong Australian company and brand in 2017 – and one that is the clear leader in its industry.

“I really admire the success carsales has had in Australia and more recently at an international level. It’s for these reasons that this ambassador role feels like a very natural fit for me. I will be very proud to race with the carsales brand on my helmet and cap across the 2017 season,” Ricciardo says.

Starting his commitments as brand ambassador for carsales, Ricciardo has been in Los Angeles filming a series of television commercials and content pieces which will roll out in time for the 2017 Australian Formula One™ Grand Prix in March. He’ll also be sporting the carsales logo on the chin position of his driving helmet and on both sides of his Red Bull Racing team cap during every race of the 2017 Formula 1™ season.