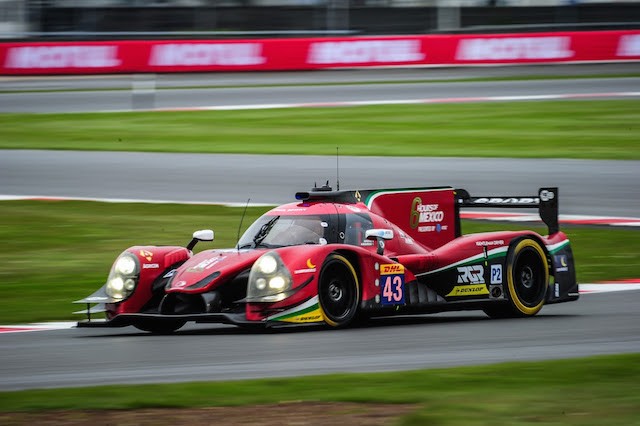 MEDIA RELEASE: The current championship leader WEC 2016 LM P2, the Ligier JS P2 # 43 of RGR Sport by Morand, arrives in Belgium for one of the most anticipated of the season – the 6 Hours of Spa-Francorchamps.

Ricardo Gonzalez, Bruno Senna and Filipe Albuquerque – galvanized by the victory in the 1 st round in Silverstone – will continue this momentum and tackle this weekend at Belgian circuit winding.

The team members RGR Sport by Morand, composed of people from every corner of the globe, will again work together with one goal in mind; win a second consecutive victory.

Activities will start Thursday, May 5, with Free Practice 1 at 12.15 and 16.30 in Free Practice 2. Follow the event live on live.fiawec.com and remember to follow us on our social networks @RGR_Sport to exclusive content to the heart of the team.

“Spa has always been one of my favorite races so come here with our own team is gratifying. We just won our first win and the leaders of the championship, so it’s important for us to capitalize on this momentum. The team has worked extensively in between events to make the car even better, so there is no reason to aim for something other than a second victory. ”

“After our success in our first race at the 6 Hours of Silverstone, I am even more eager to ride with Ricardo and Filipe within RGR Sport by Morand. Our approach remains the same for this weekend at Spa, but our efforts were not saved from the English test and we made ​​a lot of analysis and development. the aim is to constantly improve ourselves to become even more competitive throughout the season. Spa is one of my favorite circuits and I have made ​​many pole positions and first lines, but now I want to win it. and we will fight for it! ”

“I’m looking forward to Spa. I love this circuit and come here driving a competitive car as fast and as Ligier JS P2 RGR Sport by Morand is great. There is a great team spirit , reinforced by the victory at Silverstone, and it only increases my motivation to be even better here in Belgium. ”

“RGR Sport by Morand arrives at Spa-Francorchamps leader of the World Championship after a faultless race at Silverstone. We know we have a strong package with the car, the team and drivers but the level is very high among our adversaries and also we have to work hard together to maintain this momentum and this level of performance. Each member of the team is highly motivated and we are ready for the challenge. ”