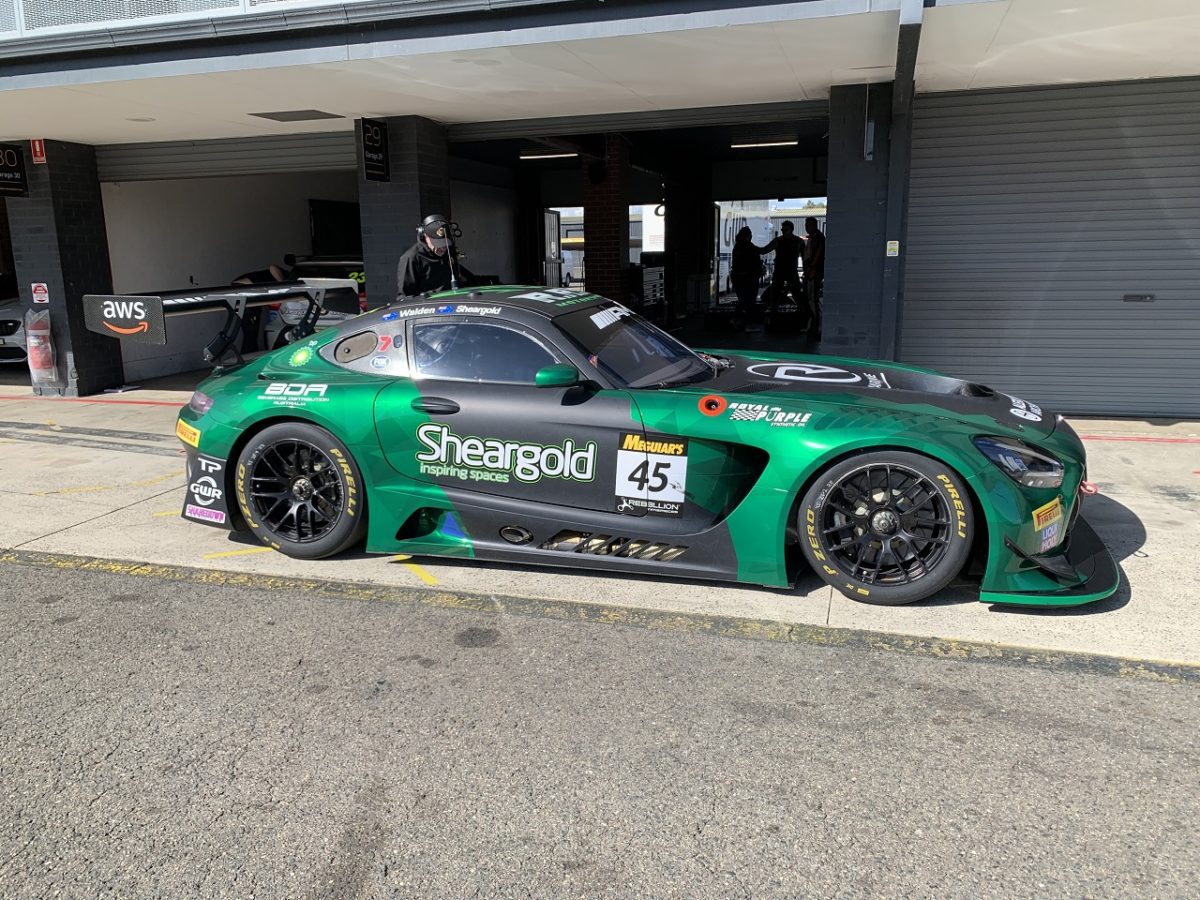 Ahead of its competition return, the repaired car was shaken down by regular pilots Michael Sheargold and Garth Walden at Sydney Motorsport Park last week; both drivers were satisfied with its performance.

“The shakedown session went according to plan – the car performed faultlessly and didn’t miss a beat,” Sheargold said.

“The crew at GWR Australia were very thorough with the repair process and ensured all the one-percenters were taken care of, so it felt like brand-new.”

“The car felt very good as soon as we rolled it out of the transporter; as soon as we hit the track, we were confident the repairs were perfect, and we started turning our attention towards optimising the setup for Sandown,” Walden added.

“When people think about Sandown, they think about the two long straights but there are also some technical sections of the circuit through Turns 2 and 3, and also the sequence of corners leading from the end of the back straight down into Dandenong Road Corner.

“It’s important to have a car that rides the kerbs well through those areas, so that’s what we’re prioritising with our setup plans.”

For Sheargold, the opportunity to return to the driver’s seat of the Mercedes-AMG GT3 for the first time since May’s Bathurst 12 Hour was an important confidence booster ahead of a busy finish to the season.

“Heading into the shakedown day, I was a little nervous because it had been a while since I had driven the car, but I immediately felt comfortable and confident once I was behind the wheel,” Sheargold said.

“For Sandown, our goal is to roll the car into the truck at the end of the weekend with no damage, but also to be competitive. Even though we missed the last round at Queensland Raceway, we’re still fourth in the Am Class standings so there’s still plenty to play for in the closing rounds.”