Respects and memories: Redline Raceway Memorials for Overall and Astrella

Respects and memories: Redline Raceway Memorials for Overall and Astrella 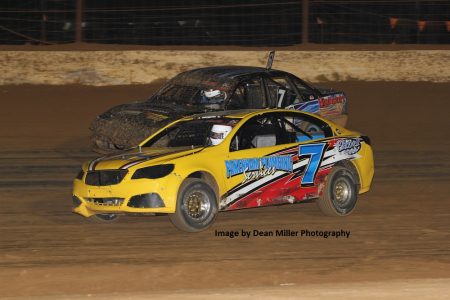 This Saturday night Redline Raceway comes alive for the third race meeting of the season as they honour one of their most respected supporters, the Late Ern Overall for a second time in what will be a highly sought after Modified Sedan victory for the one driver who out drives everybody else. Redline will along with the Compact Speedcars honour Keith Astrella, another man in the sport respected by all that crossed paths with him.

It will be a great night’s action when along with the Modified Sedans and Compact Speedcars; the Grand Prix Midgets will compete in a state series round with their Australian Champion Trevor Perry to go up against Victorian and New South Wales Champion Danny Stainer. The Street Stocks and the Standard Saloons complete the programme.

Competitors in the Modified Sedans include father and son Redline members Darren Cockerill and Nick along with Kye Walters. All three of them are more than capable of figuring in the top five as everybody charges to victory lane.

Andrew Blackwell a twice Australian champion who already has won the first series round this season and the Ned Kelly Cup is the man to beat, however along with the Redline locals you could put up Brock Atkins, Justin Drew, Daniel Simpson and Matt Nelson and a long list of others who should be in the mix at the end of the race.

The Australian Compact Speedcar Champion Justin Paull leads the field in the Keith Astrella Memorial race with Allan Pitcher, Mark Cecil and Butch and Mark Hutchinson as just some of the competitors who fans should watch. Watch for the slide jobs through the turns as the fast cars put the pace on at the front, make no mistake everybody wants to win this one.

Perry, Stainer, Lisa Chalcraft who was on fire last time she was at Redline, literally, Jason Crawford, Chris Fowler, Rod Saville and Travis Florimell make the Grand Prix Midgets race a hard race to pick a winner in also. Perry watched the New South Wales title recently go to Stainer, winning at Redline is a small victory and consolation; however it would be one he has his sights set on this Saturday night.

Despite a major event in Mildura, the Street Stocks have some class competition as all important club points are up for grabs. Jason Degoldi so far this season has been the strongest of the local drivers and he is hoping to extend his club points lead over Brad McClure and Scott Purdie. Whilst Jamie Lock is more than capable of taking out the feature win ahead of them all with other competitors to watch including Darryl Atkinson and David Barrie.

After tearing her race car apart at the last meeting, Shell Sinclair returns with a new race car made in the last two weeks between the last race meeting to this one. A fantastic effort from her team, Allan Farmer, Priscilla Grech and Patrick Walsh are amongst the drivers with hopes for a victory this Saturday night.

Standard Saloons and Sports Sedans round out the show.
Gates to the public open at 2pm with racing from 5pm.