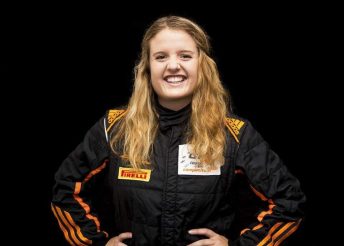 Tomas Enge and “his” REITER YOUNG STARS to start together: In the Reiter Engineering Lamborghini Gallardo GT3 R-EX at Circuit Paul Ricard!

The third round of the Blancpain GT Series Endurance Cup is being held this coming weekend (Saturday, June 24) at the Circuit Paul Ricard in Le Castellet, in the South of France. The Reiter Engineering Team will be on the Blancpain Endurance starting grid for the first time with two of their “REITER YOUNG STARS”. The two young drivers are the winners of the junior programme Reiter Young Stars, a part of the 2016 GT4 European Series. This time they will be on the grid in an endurance race with a very prominent “co-driver”.

Team boss Hans Reiter has appointed someone very special to support his young charges ahead of this prestigious, six-hour, 1,000 km race. No one less than ex-F1 professional Tomas Enge will share the cockpit of the Lamborghini Gallardo GT3 R-EX with Australian Caitlin Wood and Marko Helistekangas of Finland. His job: to ensure the young drivers get the best possible advice and tips from his own experience during the training sessions and the race.

Enge is naturally delighted to be making a return to the cockpit of the Reiter Lamborghini, but most of all, he is excited about the concept of ‘his’ REITER YOUNG STARS protégés and, of course, also the big challenge of accompanying them in the GT3 series. “It’s going to be an exciting weekend. Not only because I’m making a return to the Blancpain GT Series after a long time, or even because I’ll be starting with Marko and Caitlin for the first time. It’s also because we’ll be competing in the six-hour race, a real endurance race that starts in the evening and goes right through the night. This race will be the first time my youngsters will be driving in the dark. That’s going to be a big challenge, especially because there’ll only be limited training time. We’ll do our best to avoid all incidents, and if we can do that, I’m convinced it’s going to be a great race. We’ll know more at midnight on Saturday!”

Caitlin Wood, who with her team partner Marko Helistekangas was already on the AM podium of the Blancpain GT Series Sprint Race in Misano, can hardly contain her enthusiasm about competing with her prominent “co-driver”. “We’re feeling very optimistic, and we’re going into the race with a lot of anticipation. I can hardly wait to get back in the car. Driving with Tomas is certainly going to be something great for us. I’m sure we’re going to learn a lot, and we’re really going to profit from the experience. We want to take our next step and to improve, but at the same time, our biggest goal is to try to avoid any problems. That’s one of the most important things in a six-hour race, and if we manage that, we can certainly finish with a good result in Le Castellet.”