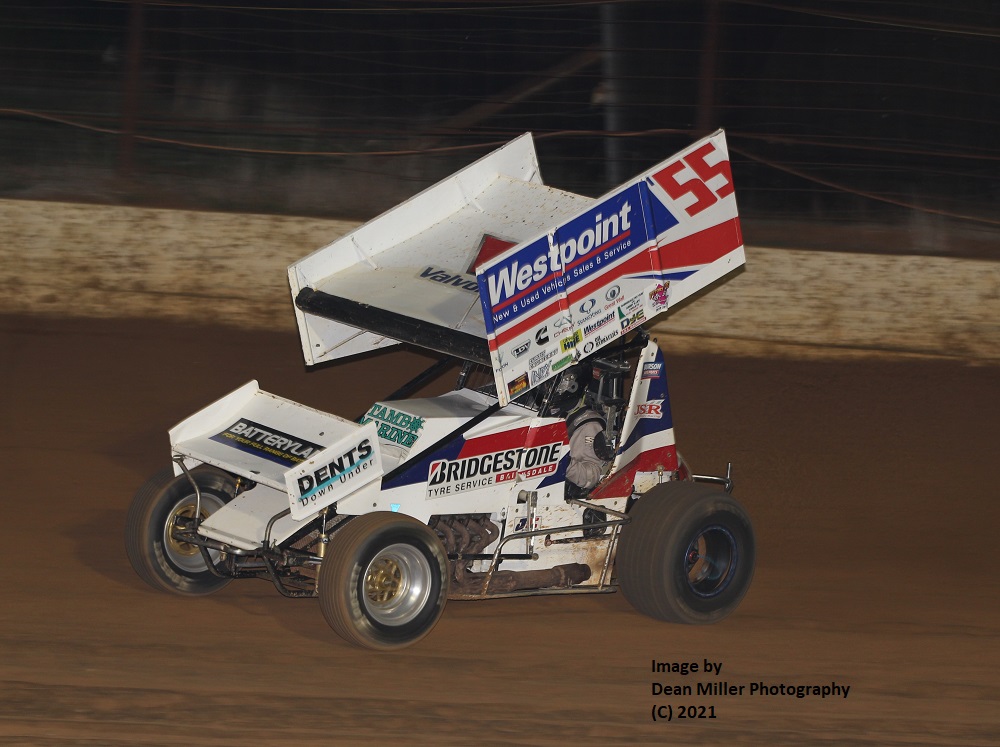 After an aborted start of the season in November, Redline Raceway is absolutely ready for this Saturday night with racing to include a brand-new Sedan feature, the visiting Australian Motor Contest Association Nationals and the extremely popular Sprintcars!

The Victorian Sprintcar Association is the headline act, these 600hp Sprintcars have proven to be crowd drawers at Redline over the last couple seasons and as a result, this year we will see them four times on the Mount. Current Champion Alistair Bastian will come down from Bairnsdale to battle wheel to wheel with a stellar line-up early in the season. Shane Steenholdt, Dennis Jones, Adam Greenwood, Shane Stevens, David McKay, Dillon Siely and Dayn Bentvelzen are just some of the expected challengers when it comes to the final punch to the chequered flag.

Jones a four-time Victorian champion is the biggest name in the nominations, however Shane Steenholdt is super quick at the Redline venue and is hard to look past here. A super opportunity here for all drivers to get the upper hand in the way of confidence at the host venue of this season’s Victorian title.

Our regular club class the Standard Saloons have a brand-new feature and in sticking with the theme of Ballarat as a Gold Rush town, the event has been named the Standard Saloon ‘Gold Rush’ and some of Victoria’s best drivers are nominated and keen to win the first ever event.

The race is going to be an absolutely ‘barnstormer’ with door to door three and four wide action. Will Redline member Scott Whittle continue his legacy as almost unbeatable at his adored Redline home, we will find out by around 9.30pm Saturday night.

The AMCA Nationals class has already had a time behind the wheel this season with Mildura based racer Frank Thierry a winner at Nyora in recently and another Mildura racer Darren McCarthy the winner at Mildura two weeks ago. The two drivers will have the likes of Kent Davey, Paul Howard, Paul Sullivan, Grant Cullinger Dean Heseltine, and the returning Stewart-Grant Campbell giving them a heck of time in trying to win the deal. Heseltine in recent seasons has had a strangle hold on the venue with Tim Reidy who is not entered this weekend. An impressive list of entrants and too hard to pick the winner.

In Street Stock action the lead club driver Jason Degoldi is the benchmark for a handful of competitors to try to defeat this Saturday. Jayden Blomeley is right there on his hammer after a terrific season and a half prior. Throw in Andrew Burgoyne, Paul Domburg, Shaun Henry, Aaron White, Scott Purdie, and Tyler Barton are others to mind that are likely to figure in those final feature race laps.

Rounding out all the action on Saturday night is the Unlimited Sedans and this time we will see some new entrants to the Redline venue trying to keep up with the likes of Sean Lister and Trent Susol. Peter Farley had a recent top three finish in Nagambie and has entered, Anthony McKean has been consistently finishing on podiums in the last 8 months and Travis Ramsdale has proven to be more than capable of challenging. Steve Hodder a Ballarat man has had his share of time at the front of the field at Redline previously, it could be Hodder who claims the win this Saturday.