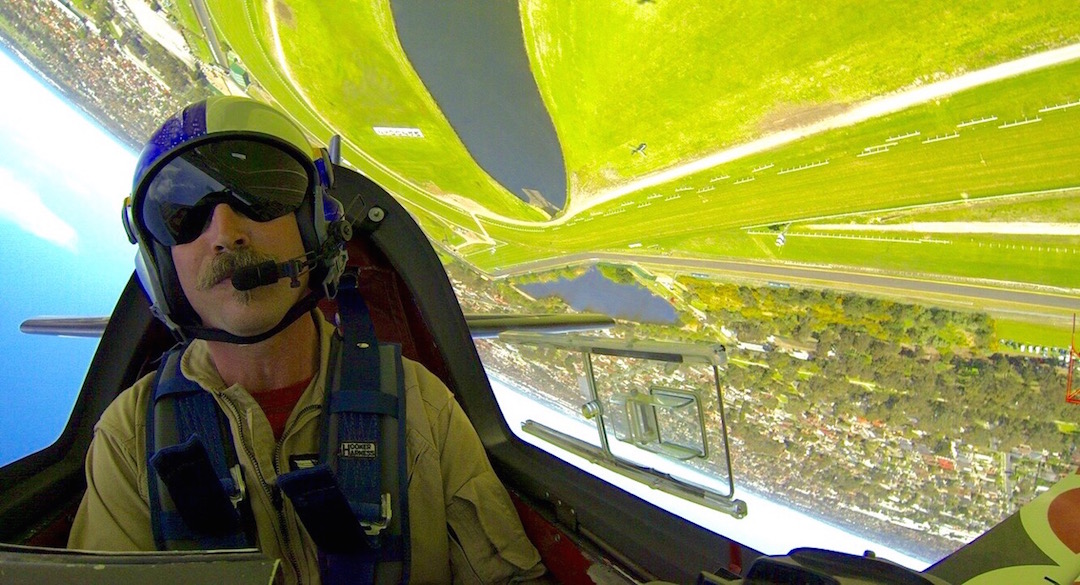 MEDIA RELEASE: To compliment the hotly contested on track racing action at the 2017 Motul Pirelli Troy Bayliss Classic presented by Shannon’s Insurance, a special entertainment show featuring the iconic Red Baron aerobatic monoplane has been confirmed for the January 21 event.

Chief Pilot Joel Haski will thrill crowds, performing a myriad of aerobatic manoeuvres such as tumbles, tail slides, and micro loops as well as the usual rolls, loops and stall turns.

Haski, who has been flying and captivating crowds with his air displays for over 25 years said he was looking forward to taking to the skies above the mid-north coast.

“I am really looking forward to performing at the Troy Bayliss Classic in my Extra 300L,” Haski explained.

“The crowd will be amazed at what I can do with this machine and should enjoy seeing manoeuvres like the tumble and tail slide.

“I have performed at Phillip Island for MotoGP and just love flying over venues like this and Taree Motorcycle Club, they always look great from the air.

“In fact, I have flown over the Manning River area many times on my way north, it’s truly a beautiful part of our country.

“Performing air displays allows me to showcase the aircraft and skills I’ve developed over 25 years of flying aerobatics. I love it when people see me after a show and think I’m the craziest guy they’ve seen fly a plane; little do they know it’s all perfectly controlled and planned.

Japan’s ‘Sultan of slide’ Masatoshi Ohmori will be back on track at the Troy Bayliss Classic.

The flat-track sensation will entertain crowds with his insane sliding antics in between racing the coveted All-star class.

The crowd favourite, who recently contested Marc Marquez invitation only Superprestigio event in Spain will be returning for his fifth consecutive event at Taree Motorcycle Club and said he is looking forward to catching up with friends and performing for the Australian public.

For further information on the 2017 Motul Pirelli Troy Bayliss Classic presented by Shannon’s Insurance or to purchase tickets to the January 21 event visit troybaylissevents.com