Record-setting Farrell looking for a championship

Record-setting Farrell looking for a championship 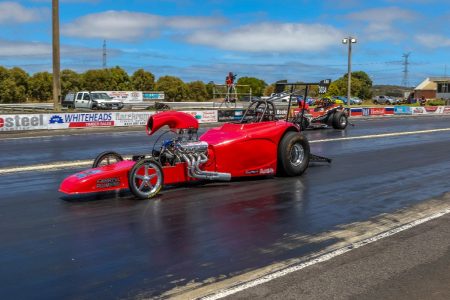 ANDRA and Summit Racing Equipment are excited to announce that the leading performance powerhouse will once again support the Summit Racing Queensland Championship in 2019.

“Since the establishment of the Summit Racing Queensland Championship we have been very pleased to be able to play a part in what we believe is a great concept,” Greenleaf said.

“This series is an important part of our campaign to support grassroots racing and regional tracks in Australia and we can’t wait to see what the third instalment will have in store.”

The three-round state-based championship develops and promotes drag racing in regional Queensland, and will take in Ironbark Raceway (round one – April 20/21), Benaraby Raceway (round two – August 31) and Palmyra Dragway (final round – October 4/5) across 2019. The winning competitors will be announced as the ANDRA Queensland Champion for their class with the awarding of a prestigious ANDRA Copper Christmas Tree trophy.

After two successful years, the 2019 series will once again be run as a joint effort between the committees of Palmyra Dragway, Ironbark Raceway and Benaraby Raceway.

“We are very pleased to again have the backing of the performance powerhouse that is Summit Racing Equipment,” Palmyra Drag Racing Club President, Glen Cunningham, said.

“We have been very proud of how the series has developed in its two short years and the support of Summit Racing Equipment and ANDRA has played a critical part in that development.

“The great enthusiasm of the regional drag racing community of Queensland in embracing our series as it has grown and developed has been fantastic to see also, and I can’t wait to see how the series continues to grow over the coming years.”