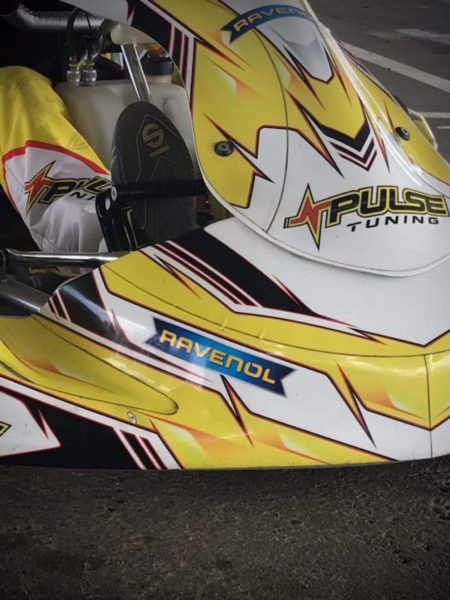 Ravenol Oil is a product making waves in the Australian Motorsport ranks in 2022. Ravenol has been made out of Germany for nearly seventy years and is a product that is well known around the world. The Ravenol brand is across eighty countries providing strong results and excellent reliability in multiple forms of motorsport!

Ravenol was first created in 1946 with a vision to send a product world wide with great success. Eight years after creating the product, in 1954 Ravenol registered the brand name to create industrial oils and coolants. Ten years later in 1964, Ravenol took the next step in their journey with the introduction of multi-grade oils and expansion of the automotive and bicycle care product ranges. In the next thirteen years things intensified once again, with the extension of their premises in 1974 and then extending to a factory in 1977. A further eight years of success passed with 1985 being the beginning of the product range extension to include semi-synthetic and fully synthetic engine and gear oils. Expansion of the distribution network and the first brand re-launch since the Ravenol brand came into existence.

A further twenty years passed of products success, 1993 started the intensification of international sales activities and renewed modernisation of the production area. 2003 brought on the expansion of the laboratories. Investment in new equipment would optimise the production of engine oils. 2012 brought on the latest logo revamp, with 2016 celebrating the products seventy year anniversary. Australian importer Tony Baker is looking to take the next step with the Ravenol product branching it out into the Australian market. Baker has been working with the Pulse Tuning team in the Karting Australia ranks and the KRT Kustom Karts in the dirt kart racing world making huge gains and huge improvements across both teams.

Baker will have eight drivers across five classes using the successful Ravenol product at the Victorian Open Championships this weekend. Baker is looking to continue the success into the Australian market expanding the product across the karting ranks. “We’re super excited for the weekends racing with eight drivers using the Ravenol product to great success. The product will speak for itself in all applications, we’ve had incredible success with the Ravenol product in Australia and would like to further the success into the karting world. Both Pulse Tuning and and KRT Kustom Karts are using the product and supplying their customers nationwide”. Baker will be excited to go racing once again at the Victorian Open State Championships this weekend, Ravenol style!