Rally finale down the wire with West Australians in the mix

Rally finale down the wire with West Australians in the mix 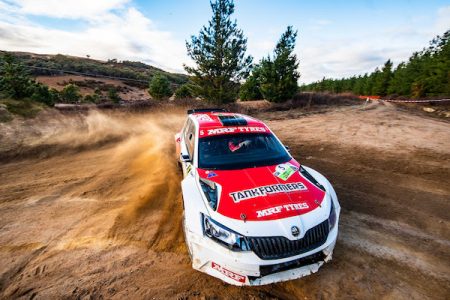 It’s come down to the wire for the 2018 FIA World Rally Championship (WRC) which will be decided at the Championship’s final round, the Kennards Hire Rally Australia held on the Coffs Coast from 15 to 18 November.

The winner-takes-all final is the most competitive and exciting championship finish in years thanks to returning champion Sébastien Loeb snatching his “greatest” win for Citroën in RallyRACC Catalunya Rally de España last month. The season has seen defending five-time world champion Sébastien Ogier (M-Sport Ford) neck-and-neck with Hyundai’s Thierry Neuville, while Ott Tänak of Estonia has relished his move to Toyota with a string of impressive finishes.

Joining the world’s fastest drivers on dirt will be Australia’s, with the CAMS Australian Rally Championship (ARC) running concurrently and also down the wire with this year’s champions decided in Coffs Harbour.

Searcy, 41, said he was a little nervous going into the final round.

“We’ve had a couple of challenges in last couple rounds with appeals to decisions, that aside, it should be a good fight with Harry Bates and Steve Glenny – Steve is driving a Skoda as our team mate, so he should be pretty quick,” Searcy said.

“It’s a new rally this time, with a lot of stages reversed and only one stage the same, even though they’re using the same roads, the configuration is different which means Recce will very busy.

“Obviously the plan is to finish on top. As much as I’d like Eli to play is safe to finish the rally, I think he’ll want to show what he can do and benchmark himself against other WRC2 drivers and put on a good a show – that’s what all drivers do.”

The other West Australian to contend Rally Australia this year is Glenn Macneall who is co-driving for India’s Gaurav Gill in Team MRF Tyres ion a Ford Fiesta R5.

It can be said that 46-year-old Macneall is Australia’s most experienced co-driver with a career spanning 26 years, 248 rally starts, 103 in the World Rally Championship, calling notes for 17 different drivers. This is Macneall’s 19th Rally Australia.

“The car is an M-Sport car, a good car, and it’s a good team. For Gaurav, this is his first time at Rally Australia, which has some similarities other rallies in Australia that’s he won in the Asia Pacific Championship,” Macneall said.

“This year for the MRF team, it’s all about testing tyres for a full WRC campaign next year,” Macneall explained.

“Obviously we want to be as fast as we can and our goal is to finish in the top three of our class of car, R5.”

The 26th Rally Australia will be bringing a big contingent of drivers, teams, media, supporters and spectators from around world.

Competitors will race the clock over three days, 24 stages and over 300 competitive kilometres and travel a total distance of over 1,000 kilometres. Highlights include the fan-friendly Destination NSW Super Special Stage on the Coffs Harbour waterfront. Also promising spectacular entertainment is the Raleigh Special Stage, Saturday’s epic 29km Welsh Special Stage and the final day’s Wedding Bells Power Stage, where thousands of spectators will watch the rally finale.

Along with daily highlights, selected stages will be shown worldwide on live TV and in Australia on Fox Sports and 7mate. For more information, visit www.rallyaustralia.com.au

The WRC is regarded as the most challenging series in international motorsport as it traverses 14 countries and extremes in terrain, road surface and weather conditions.