Racing season to open at Willowbank Raceway this Saturday

Racing season to open at Willowbank Raceway this Saturday 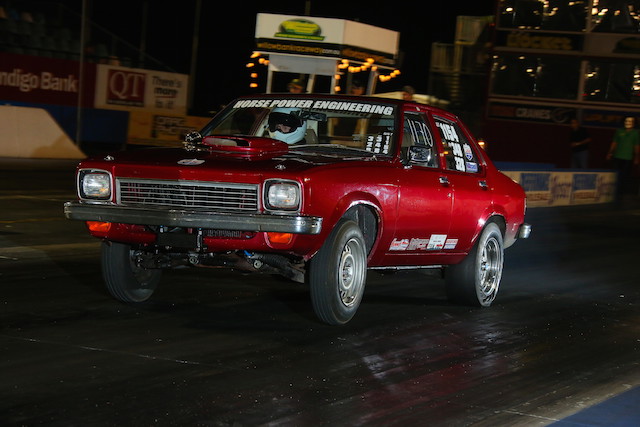 Josh Fletcher will be back in action in the Street Series from this Saturday. pic: dragphotos.com.au

MEDIA RELEASE: The 2016 competitive season at Willowbank Raceway will officially kick off this Saturday (30 January) with the first round of the popular Street Series.

As the entry level competition for aspiring drag racing champions, the Street Series provides an accessible and affordable option for car and motorcycle racers who wish to prove their mettle on the race track.

This Saturday’s event will be the first of seven rounds of racing for all Street Series competitors, before the top eight in each class (Street Bike, Street Sedan and the ladies only Powder Puff bracket) take part in October finals.

Those interested in learning more about becoming involved in drag racing and the Street Series can learn more by clicking here. For a full event calendar, please click here.

Two racers to keep an eye on this weekend are six-time Street Series champion Josh Fletcher – the most successful Street Series racer to date – and his stepmother Susanne Fletcher.

Workshop supervisor Josh took three titles in a row with victory in the Street Sedan class last year, while school teacher Susanne also took out the Powder Puff title for the second time, in the car that she shares with her stepson.

Both will race this weekend under the support of father, husband and fellow racer, Bill Fletcher.

“The off-season has given us a chance to make a lot of changes to the car, with the biggest being a new engine with the help of our major sponsor Horse Power Engineering (HPE),” said Josh Fletcher, who is also supported by Lucas Oils, The Bolt King Capalaba and Fletchweld Engineering.

“While Susanne and I share the car, we both drive it differently, so I have set up the car with a balance that works for the both of us.

“2016 is all about adding to the trophy cabinet, and that will start with round one this weekend. Of course I will be doing whatever I can to help Susanne defend her championship, and for me as far as going back to back, I have done that a few times now and last year is done and dusted, so my focus is purely on 2016.”

“I am definitely looking forward to the first round – it is always a bit of fun and something very different to the main activities of the week,” said Susanne Fletcher.

“Josh has been doing a lot of work on the car, and I think there is a direct correlation between the effort he puts in and his success. For us, it is all about great family times at the track – we are all very supportive of each other in all things including racing.”

On two wheels, Raceview postie Denis Ryan will be back alongside his partner (and Modified Bike champion) Tammy Goldthorpe this weekend, after taking out the Street Bike title in 2015.

“From what I have heard, it is going to be a big field this weekend,” said Ryan, who thanks Blair Pennington and Powerhouse Dynotuning for their help with the couple’s bikes.

“It is always fun to race Tammy in the bikes, and of course it would be nice to back up the championship as well.”

Saturday’s Street Series event will kick off with time trials from 4.30pm to 6.30pm, with racing from 7.00pm.

Competitor entry is just $45 for both the racer and one other adult. Spectator entry is available at the gate for just $20.00 for adults and $18.00 for students with ID.

The premier drag racing facility for Queensland, Willowbank Raceway is host to more than 100 racing events across the year.

With everything from Test ‘n’ Tunes where you can race your own car or bike, to the largest championship drag racing event held outside of North America – the Winternationals – there is something for everyone in the action-packed 2016 calendar.

For more information about the venue – located 45 minutes from Brisbane or just a short drive from Ipswich – please visit www.willowbankraceway.com.au