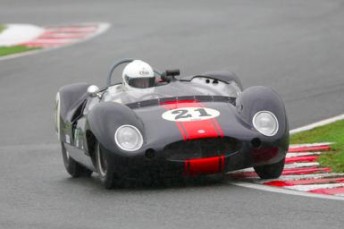 MEDIA RELEASE: A selection of iconic racing cars rarely seen on the open market will be available in the competition car-only Silverstone Auctions sale held ahead of the Silverstone Classic on 23 July 2015.

For the first time since its conception in 2011, Silverstone Auctions has introduced a stand-alone Competition Car Sale.

Due to the unprecedented demand and appeal of historic racing cars and the increased demand of Silverstone Classic, the auction house have introduced a dedicated racing car-only sale on 23 July.

The event will complement the two main classic car sales over 24-26* July.

Last year’s auction of race and road cars saw total sales of over £5million and secured Silverstone Auctions two world record prices and an 85 per cent success rate on sales.

This year’s auction is set to be bigger and better with the addition of yet more quality consignments – including some iconic pieces of racing car history.

One of the two ex-BTCC cars offered in the Silverstone Classic Competition Car Sale is a 1998 Nissan Primera Super Tourer. 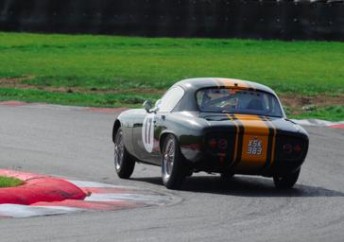 In its heyday, it delivered racing legend Anthony Reid various podium finishes and placed him runner-up in the championship. Also sharing driving duties that season were Tiff Needell and David Leslie.

Available for sale in a ready-to-race condition, the car has undergone extensive maintenance including an engine rebuild to run competitively in the current HSCC Super Touring Car Championship.

A selection of single-seaters raced by Piercarlo Ghinzani – one of Italy’s most successful racing drivers of the Eighties – will also take pride of place in the Competition Car Sale.

One of the cars available is a 1983 Osella-Alfa Romeo Formula One car, which was raced in the World Championship by Ghinzani.

The car is in a ready-to-race condition after a fresh restoration, including an engine rebuild.

This is a unique opportunity to purchase an original single-ownership from new racing car with complete and known provenance.

Before his debut into Formula One, Ghinzani drove in Formula 3, a well-known Formula One proving ground.

The 1977 March-Toyota F3 was used to win the championship that season after an impressive nine podium appearances – leading to a victory over racing legends such as Nelson Piquet and Elio de Angelis.

Offered for sale at an estimate of £60,000 – £75,000 this race-prepared Lotus has competed at many iconic and prestigious events such as the Goodwood Members’ Meeting, Spa 6 hours, pre-’63 GT Series as well as securing an invite to the prestigious 2014 Le Mans Classic.

This race-ready historic racer has all valid race papers and is in usable condition and proven to be highly competitive in a field of costly racing cars.

Another unique racing car with exciting provenance is a 1959 Cooper Monaco. The successor to the successful ‘Bobtail’, it featured a 2.0-litre engine, all aluminium bodywork and a notoriously short wheelbase.

It was hugely successful on track – especially in the hands of Sir Stirling Moss.

The car has an illustrious history and has achieved two BRDC Sportscar Championship victories as well as numerous Goodwood podiums and race wins over Europe.

The car returns to Silverstone Classic after racing at the event in 2007, 2009 and 2012, where it most recently finished second overall.

It is one of the most significant historic racing cars ever offered for sale. Not only does it have an extensive history but it is also a ticket to some of the most prestigious races over the world.

Nick Whale, managing director of Silverstone Auctions, says: “It’s a pleasure to be returning to Silverstone Classic again this year – an event we’re proud partners of. This year marks an exciting new prospect for drivers and spectators, with the first-ever racing car-only sale at such a special motorsport event.

“We couldn’t think of another location that lends itself so perfectly to a sale of this type.

“The sale has stemmed from an increasing amount of popularity of privately owned racing cars competing in historic series, such as the races here at Silverstone Classic.

“The team and I are very excited to open the doors to the sale in the lead-up to the event.”

For the full list of lots available for the competition car-only sale, please visit: https://www.silverstoneauctions.com/competition-cars-at-the-silverstone-classic-2015

Alternatively for the list of road cars available from 25-26 July, please visit: www.silverstoneauctions.com/the-silverstone-classic-sale-2015/view_lots