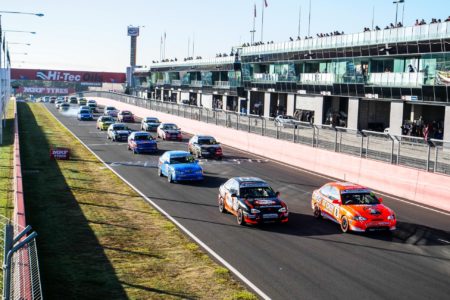 Easter in Bathurst has always been production car territory, since the reload of the 12 hour showroom-based enduro back in 2007. Since then, RaceFuels has fuelled the dreams of national and state-level racers alike, and been a proud partner of the Bathurst 6 Hour since its birth in 2016.

Over 60,000 litres of fuel will head to Mount Panorama from RaceFuel’s Dandenong South base, with all four different racing fuels in action.

The Bathurst 6 Hour marks one of the busiest events in the RaceFuels calendar, with all of RaceFuel’s delivery methods in action, from 200L drums down to 50 Litre drums, 20 Litre jerry cans and multiple bowsers will result in a busy fuel compound which is within the circuit infield.

The three-day annual Easter classic kicks off on Friday with practice commencing at 7:05am, culminating with the Bathurst 6 Hour feature race starting at 11:15am on Sunday, live on 7 Mate and 7 Plus.

“RaceFuels is proud to continue as the Official Fuel Supplier to the Bathurst 6 Hour, as it joins the Shannons Motorsport Australia Championships calendar as well as being ARG’s first promoted event at Bathurst,” said Tierney.

“The Bathurst 6 Hour is an event that celebrates racing at all levels. From the global powerhouses that are GT World Challenge Australia and the TCR Australia Series, right through to our homegrown heroes in Hyundai Excels and the six-hour production car enduro.

“We are proud to bring our international grade service level to Australian motorsport, especially grassroots racers as they take on one of the greatest circuits in the world this weekend.”