RaceFuels revved up for biggest season yet

RaceFuels revved up for biggest season yet 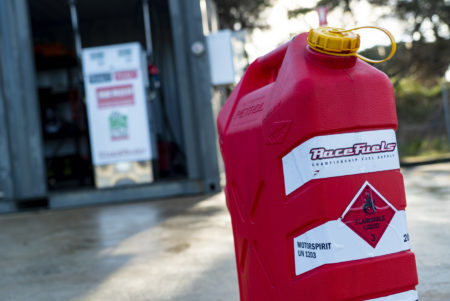 RaceFuels, the respected distributor of racing fuels to the Australian motorsport industry, is preparing for its biggest season yet with over one million litres of fuel to be supplied to 50 race events in Australia, New Zealand and Asia.

In 2021 RaceFuels will continue expansion into New Zealand’s motorsport scene with stocks in Auckland of E85 RaceBlend, Elf LMS and Elf Race 102.

On top of its event supply, RaceFuels will also continue to cater for teams test days, private track days and corporate events around the country, with bowsers on hand for customers at Sydney Motorsport Park, Phillip Island and Sandown.

RaceFuels owner Mark Tierney said the company will be drawing on all of their experience as they kick off their season this weekend at the Race Tasmania festival.

“With 50 race events over 36 weekends committed for RaceFuels, 2021 will be RaceFuel’s biggest season ever, committing to attend 50 seperate events this year over 36 weekends,” said Tierney.

“We have a lot of fuel being dispatched at the moment for the first race events of the year, with over a million litres heading to Australian race tracks this season.

“Our core categories in 2021 will remain the Repco Supercars Championship including Super2 and Super3 which run the BP Ultimate E85 racing fuel which we supply from our factory in Dandenong.

“We have also got a lot happening in New Zealand where we continue to supply our E85 race blend and ELF racing fuels to our warehouse in Auckland.

RaceFuel’s fleet of fuel tankers, trucks and delivery utes will travel over 100,000 kilometres across Australia to 50 events on 36 weekends, providing over 15 years experience of trackside service and its proven handling methods and quality control to keep Australia’s top racing series’ and grassroots events on track in 2021 and beyond.