RaceFuels on why Challenge Bathurst is an important event

RaceFuels on why Challenge Bathurst is an important event 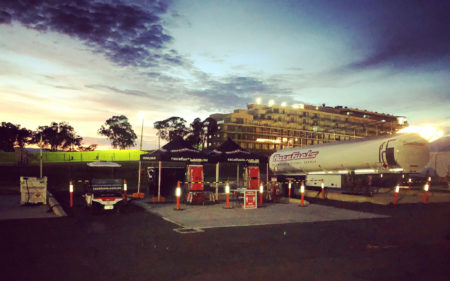 Challenge Bathurst is one of the most important events on the Australian motorsport calendar, but not for reasons that you may think.

Challenge Bathurst is one of only five events that sees the iconic 6.213km circuit used for genuine track activity.

But unlike its rival mountain events, it is one of the lesser known commodities, mainly due to its ‘non-racing’ element.

Sure, there are trophies handed out to the fastest in their respective classes, but it doesn’t have that ‘lights to flag’ aspect that is typical in motorsport.

It is, basically, a time trial to see who is the fastest around the famous track.

But that is far from what makes it an important event.

RaceFuels’ managing director Mark Tierney says it’s all about the unique opportunity to get a mountain of miles around the hollowed venue.

“When we go to most Bathurst events, one of the most common complaints we hear from drivers is that they don’t get enough laps,” says Tierney.

“For someone in, for example, Toyota 86 or Touring Car Masters, they might only get a 20 minute session before launching into qualifying and the races.

“Keep in mind, that track is prone to red flags, so sometimes, you might only get a handful of laps before you are on the grid and doing your first race.

“It can make it quite hard for rookie drivers or the less experienced to really get the most out of themselves around the unique track.

“What Challenge Bathurst does is give people the experience to ensure that when they go and race there, they are up to speed.

“Plus, they get a lot of laps. The cars this weekend will do way more laps than what they’ll do at a typical Bathurst event.

“Also, it’s an opportunity for grass roots competitors to drive there. Not very often will a New South Wales competitor in the Under 2 Litre production cars get the chance to race their car there. Challenge Bathurst gives you that chance to experience our greatest track.”

The four-day Challenge Bathurst event starts tomorrow and will run for the next four days, with a Supersprint held on the Thursday and Friday for pure race cars, followed by a regularity trials for performance road cars.

RaceFuels’ will be onsite providing all four of the products to competitors, including ELF Race 102, ELF Core 50, RaceBlend E85 and Race 98 RON.