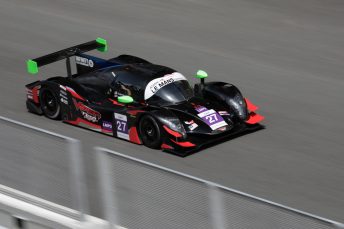 Since launching mid way through October, the Race to Le Mans competition has not only been met with overwhelming numbers of early entries, but also an increasingly healthy list of partners and businesses that have got involved in the initiative.

With a welcome abundance of partners on board than initially expected, the Race To Le Mans Competition costs have reduced by quite some margin.

Therefore, we are excited to announce that we have been able to extend these savings onto the ticket sales prices for all competitors including the long list that have already entered the Race To Le Mans Competition to date.

“It’s a dramatic and positive reflection that we’re able to pass on the amazing support of the Race to Le Mans partners, and be able to further reduce the cost for those who are looking at getting involved”, said Race to Le mans General Manager Ash Miller.

“It was overwhelming how many organizations have come onboard with the Competition so early, It wasn’t really something we had in mind from the start. It’s great to have some international partners come onboard with the whole program, and it shows that the competition is raising eyebrows not only here in Australia but worldwide.’

The reduction in cost is a further attraction to the already astronomical response to the competition, with drivers from all over the world already making the exciting commitment to become a part of the initiative.

This extends to the people who have already entered the competition, who will also benefit from the discount via a partial refund.

“The Discount comes at a great time leading up to Christmas, and leading into the new year, for those who may have found the initial prices a touch out of reach” Miller said.

“It mightn’t be a bad Christmas gift for the person who has everything!”

With Tickets selling in all 3 competitions quickly and spaces limited, jump in before they sell out – there is no other competition like this offering drivers who are looking either to kick off a new, or rekindle an existing, career in motor racing to really make a professional international racing career from the Race To Le Mans Competition.

Tickets can be purchased at the official website, www.racetolemans.com, or via the Race To Le Mans Facebook page.