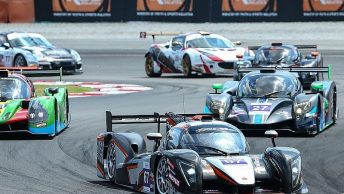 Officially launched last month, the Race to Le Mans Competition is aimed at getting drivers overseas to race in the Le Mans tier system to eventually race at the Le Mans 24 hour race.

The competition was created to get talented drivers into a high-profile international categories without the driver having to find their own budget to race, and also putting the driver in a position to be seen.

The three judges for the Race to Le Mans Competition have vast experience in endurance racing, as well as driver coaching.

“We have three very varied and very experienced drivers in the box seat as judges for this competition, with experience in all forms of motorsport. I’m especially excited to work with Nick Foster and James Winslow to bring this project together, and come crunch time our combined experience and insight should produce an exciting result”, Ash Miller stated.

Of the project, current Le Mans Series driver Foster said; “The Road To Le Mans initiative is a fantastic opportunity for any driver with sportscar ambitions. I hope to be able to provide relevant insight thanks to both my experiences in racing, and the challenges along the way.”

Winslow, too, has been vocal in his thoughts. “I’m looking forward to joining the Road to Le Mans team and it’s nice to be involved in a competition that gives such a good prize back to Motorsport” Winslow said.

The finals for the competition will also be taking place at Wakefield Park.

“We are excited to work with both Anglo Australian Motorsport and Formula, as having a close affiliation with both of these highly professional companies was in our best interest and the cars they have available best suit our project objectives”, Miller said.

The Race to Le Mans Competition entries will open on the 23rd of October with tickets available to purchase at www.racetolemans.com or additionally you can purchase them through the links on the Race To Le Mans Facebook page.