The Race To Le Mans Competition now opens for registration

The Race To Le Mans Competition now opens for registration 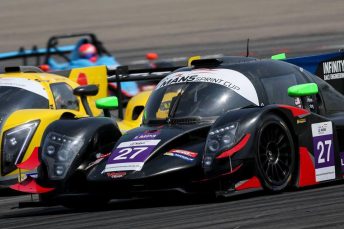 It’s taken years of planning and months of work, but finally today, October 23 2018, the Race To Le Mans competition officially opens its doors to entries.

The Race To Le Mans initiative is a game changer for motorsports. It aims to knock down traditional barriers and hurdles for future talents to get behind a wheel of a race car, where bad luck or budgetary constraints have scuppered the hopes of potential rising stars of motorsport.

Through this competition, the winners of each tier will experience and have access to the ultimate motorsport lifeline; a fully funded season in each of the three available tiers’ chosen categories.

Over $1.5 million in prizes and gear stands the Race to Le Mans apart from any other competition of its kind, and further emphasizes the commitment we have to making a difference to today’s vastly-difficult motorsport scene.

“We are looking forward to showcasing our eventual future motor racing stars at the 2018/19 season of racing,” said Race To Le Mans Managing Director Ash Miller, “especially those who will go on to claim the ultimate drive in the Asian Le Mans series, and have the chance to go for the ultimate prize; invitation to the prestigious and coveted Le Mans 24 Hour race.”

“It’s a sad reality of today’s motorsport landscape that so much talent is being missed or lost, due to circumstances beyond the control of those affected, especially so through the rising costs that put dreams out of reach and deny genuine talent a chance to not only get involved, but also continue a career. It’s the talent that makes motorsport what it is, and we want to see that break through again.”

Qualifying rounds for the Race to Le Mans will be broken into three separate States initially, with the opening rounds taking place at chosen circuits in Queensland, New South Wales and Victoria. There they will be judged on their Speed, Consistency, Car Control and Mechanical Sympathy, the critical blend of talents that we want to find in drivers to showcase that they can get the job done, when given the everything they need to win.

From there, those chosen to progress will come together for a final shoot out for each of the three tiers in New South Wales.

Each entrant into the Race To Le Mans competition will first go these qualifying rounds, where

The dates for the Qualifying events are as follows:

Entries will close March 24, 2018, and with only a limited amount of tickets available at each of the qualifying events, the earlier the entry, the better the chance to be involved for what will be a once-in-a-lifetime competition event.

Naturally, all of this could not have been possible without the help of our partners, and we thank them gratuitously for making this concept a reality. From the outset, we’ve had the help of many of Australia and Asia’s premier teams and brands.

“Firstly, Infinity Race Engineering was sighted as the best team for us to work with in the Asian Le Mans Series. They have a fantastic pedigree running in LMP3, GT and Porsche Carrera Cup in Asia, with the added bonus of having an office in Australia, so it was the logical choice for us to work on this project together” said Managing Director CQ Loh.

Anglo Motorsport is also a valued partner with us, with an impressive showcase of numerous titles to their name in both Durance and Kent Formula Ford classes. We will be utilizing their Formula Ford cars throughout the qualifying rounds, as well as running our Duratec Formula Ford with them in the 2019 Australian Formula Ford series for the winner of our Rookie Competition.

“It’s great to be a part of the Race To Le Mans competition and can’t wait to field the talented youngster selected by the judges to race in the Australian Formula Ford series” said Managing Director of Anglo Motorsport Tim Beale.

We would also like to especially thanks Speedcafe, who will be our official Media partner and the first to report any news and developments with the Race To Le Mans competition.

We are excited to announce further upcoming partners for the Race To Le Mans competition in due course.

Tickets can be purchased at the official website, www.racetolemans.com, or via the Race To Le Mans Facebook page.