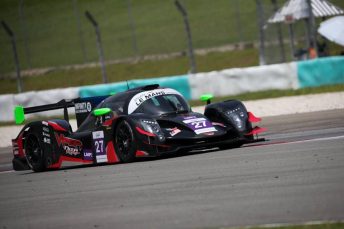 Since flinging open the competition doors on October 23rd, the Race to Le Mans competition has been attracting a large array of impressive talent, with many accomplished Australian and International drivers already included in the competition roll-call.

Among the entrants already ready to go head-to-head is a raft of established talent, with everything from Formula 3 Champions to notable tin-top stars look forward to giving their all for the competition.

“To see the sheer caliber of competition entrants so far is hugely rewarding; there’s going to be an impressive display of talent during the competition, and a real showcase of the unearthed stars of the future, which is exactly what we aimed to achieve with the Race to Le Mans competition” Miller said.

There has also been a change in the venue, and hence dates, for the Queensland Qualifying round – historic Lakeside International Raceway will play host to the Sunshine State’s Race to Le Mans battle, changing from the original location of Queensland Raceway. This will see the dates adjusted slightly, with the Professional Drivers Competition taking place on April 22, 23 and 24, enabling the 25th to be left free for Anzac Day. The Amateur Drivers Competition will then kick off on the 26th of April, and the Rookie Drivers Competition the 27th.

Lakeside circuit, which has seen the likes of motorsport legends Jim Clark, Jackie Stewart and Sir Jack Brabham do battle, is a welcome addition to the competition, with it’s fast and challenging layout set to really push the drivers’ talents.

In addition to the exciting drivers we’ve had committing to the Race to Le Mans program, we’re also excited to join forces with a number of new partners.

Australia’s own Revolution Racegear has taken the opportunity to become the official race wear provider for the Race To Le Mans winners, and will be supplying the competition winners with their racing suits, racing gloves, racing boots and racing underwear.

Fanatec has also taken the opportunity to supply the Race To Le Mans winners with the simulation hardware for their motion simulators.

The winners will receive steering wheels, pedal boxes and gear shifters for their motion simulators, all supplied by Fanatec.

Additionally, the Motion Simulators High Performance computers will be supplied by Brisbane-based Computer Alliance, with the bespoke computer units built specifically for use of racing simulation and training.

Entries are still open, but places are filling fast for all three tiers of the competition; visit www.racetolemans.com or head over to the Facebook page for details on how to enter and to purchase tickets.