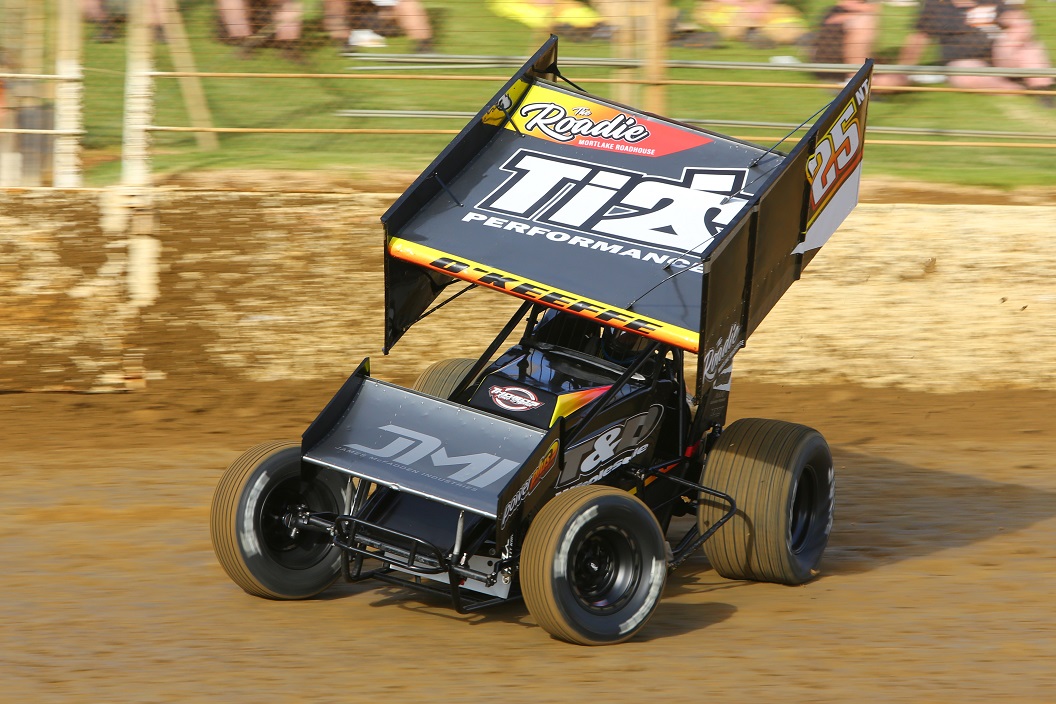 With a thirst to expand his experience in 410 Sprintcars, youngster Kale Quinlan is excited about his maiden trip to the southern states to compete in both Victoria and South Australia.

Quinlan, who resides in the Northern Territory capital of Darwin, has linked with up car-owners Dave and Tania McFadden to lease their NT # 25 T&D Wholesale Maxim to contest a handful of race meetings over the next two months.

“At this early stage, the plan is for me to run four race meetings with Dave and Tania (McFadden), and I can’t thank them both enough for the opportunity to help with expanding my racing experience,” the 21-year-old enthused, who has only two seasons in Sprintcars to his name after previously competing in Wingless Sprints and before that in Junior Sedans.

“I’m really looking forward to visiting unfamiliar tracks and taking on some of the country’s best racers in the process, and the goals for me are to gain plenty of track time, pick up more experience, and hopefully I can become more competitive every time I hit the track.

“My family have known Dave and Tania (McFadden) through speedway for quite a long time, and it’s very exciting to team up with them, and not only get the opportunity to run a competitive car but to be able to benefit from Dave’s vast experience in Sprintcar racing.”

During the upcoming southern trip, Quinlan, who had one previous limited interstate trip back during the 2020-21 season at Brisbane’s Archerfield Speedway in Queensland aboard the family-owned car, has opted to not contest the Grand Annual Classic at Warrnambool’s Premier Speedway.

Quinlan is hoping that this southern trip will benefit him for when he steps back into the family-owned NT # 15 Carbine Transport & Mechanical / Top End Regional Finance supported KPC car for the upcoming 2022 season at Darwin’s Northline Speedway.