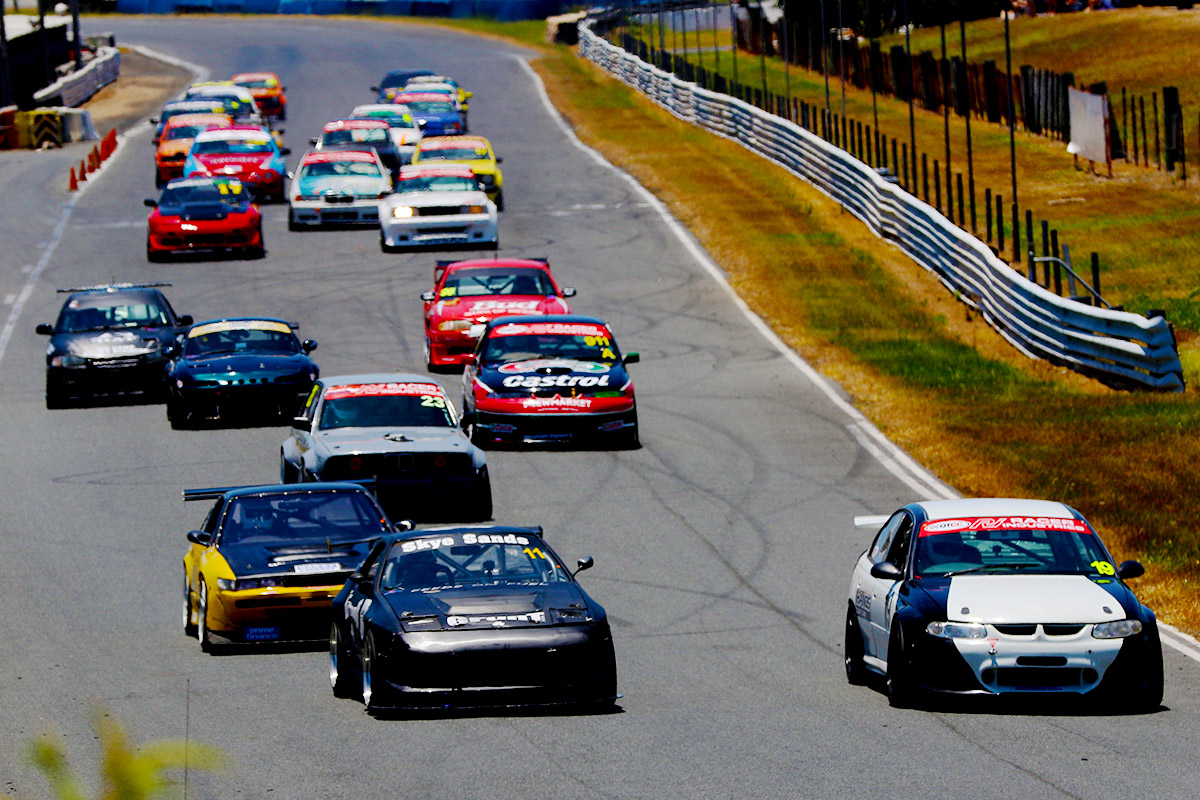 The seventh round of Queensland Raceways’ QRDC Series continues this weekend (Sunday 19th September) at Lakeside Park with five different categories slated to put on a show for race fans.

Currently with 28 cars, the QR Sports and Sedans is at capacity and is sure to be hotly contested with not just one, but two TA2 Mustangs on the entry list.

The #4 to be steered by rising star Nash Morris and the #88 in the hands of Christopher Pappas. It will mark a return of sorts for TA2 cars at Lakeside, the track where the series debuted in 2016 but have been absent from for a number of years.

Joining the Ford beasts are a number of regular racers in an assortment of cars for the ‘run what ya brung’ category. A handful of Holden Commodores, Toyota 86s, BMW E36s among others are all entered in the sell-out category.

Alongside QR Sports and Sedans this weekend QRDC 7 will feature the combined grid of Production Utes and Hot Hatches as well as Superkarts, Formula Vee and Group N.

Racing will kick off from 9:30am on Sunday the 19th. Spectator passes are $30 per person while kids under 12 are free.