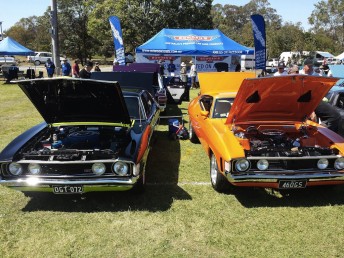 Willowbank will host the all Ford day on July 20. Pic: Falcon GT club

With the fourth round of the Queensland Drag Racing Championship – including the first running of the QLD Pro Street and Grudge Racing Test Day concept successfully completed at the weekend, the final preparations are currently underway at Willowbank Raceway for this weekend’s All Ford Day (Sunday 20 July) – the first at Willowbank Raceway.

The Falcon GT Club’s All Ford Day will celebrate its 32nd birthday with Willowbank as its new home after signing on this year to be the track’s third ‘marque-enthusiasts’ focused event, joining the original ‘one-marque’ event Mopar Sunday (27 July) and the second–running of GM Mania (7 September) on the event calendar.

Willowbank Raceway CEO Tony Manson said the excitement was building at Queensland’s premier drag racing facility as it prepared to host this popular event for the first time.

“With 32 years of history behind it, it is an honour to be able to provide a new home for what has become an institution for many Ford fans across Queensland,” said Manson.

“By coming to Willowbank Raceway, the event has been able to expand for the first time outside of a static display to also include a driving element – which the Club believes is an Australian first for Ford enthusiast events, especially when you take into account the fact the driving is going to be drag racing! 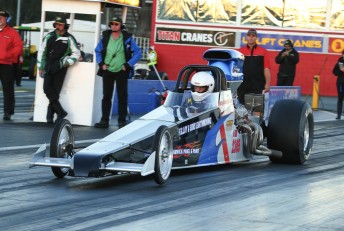 Matthew Loy took the QDRC win in Kniff Earthmoving. Pic: dragphotos.com.au
“We are certainly working hard with the Falcon GT Club to make sure the 2014 All Ford Day is one to remember for all for fans both old and new.

“Last year Willowbank Raceway’s Board made a commitment to inject some exciting new ideas and events into our event line-up, and I think the All Ford Day is a fantastic new addition and I am pleased to see it join us alongside the new-for-2013 GM Mania,” said Manson.

“These events follow in the footsteps of the original ‘one-marque’ event – MoparSunday – which we are also excited to see back at Willowbank Raceway this year, with that event scheduled to hit the track the week after the All Ford Day.”

More than 500 cars are expected to take part in The All Ford Day, including everything from classic early Fords like Cortinas and GT Falcons through to the modern FPVs. Also at Willowbank Raceway will be free kids rides and a live band, trade stands, a swap meet and a radio control car display, with River 94.9 also on-hand for live crosses. 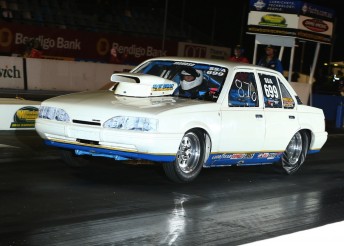 Dave Foreman took the Powercruise Super Sedan.  Pic: dragphots.com.au
Gates for spectators open at 7.30am, with adult entry just $5.00 at the gate and children aged 13 and under gaining free entry.

Ford enthusiasts wishing to participate in the All Ford Day need only to bring their Blue Oval pride and joy to the Raceway for Show n Shine gate open at 6.00am, with entry just $10.00 per show car and driver. Show n Shine entrants are also able to participate in drag strip activity for an additional $20.00 (conditions apply).

The Falcon GT Owners Club of Queensland Inc was formed on the 26th March 1981 by a small group of Falcon GT owners to socialise with and support each other in preserving and promoting the Falcon GT as Australia’s premier muscle car. 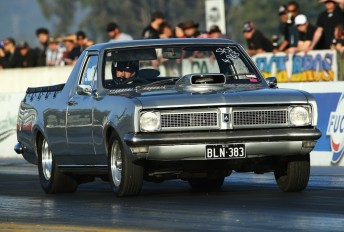 This small group of 10 founding members has grown over the years to our current membership in excess of 450 members spread mainly throughout Queensland but also encompassing the length and breadth of Australia.

The club welcomes all models of Falcon GT from 1967 to 1976 and 1993 to the present as well as associate members who own other V8 powered Ford manufactured vehicles. Associate member numbers are limited by their constitution to 35% of the total membership number.

This weekend’s festivities follow hot on the heels of the fourth round for the Willowbank Raceway Queensland Drag Racing Championship, held at the Raceway on Saturday 12 July.

Also on track was the first running of the QLD Pro Street and Grudge Racing Test Day concept, with 30 vehicles taking part in a non-competitive day out at the track.