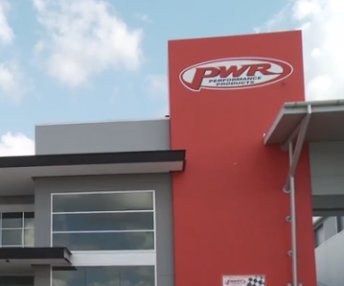 The PWR Group has become a giant in the motorsport industry by supplying cooling systems to teams in the world’s biggest categories including Formula 1, NASCAR, IndyCar, World Rally Championship, World Endurance Championship and DTM.

PWR had been supplying products to C&R Racing for several years in the lead up to the Yatala-based giant’s takeover.

The acquisition adds to PWR’s burgeoning portfolio which also sees it as an original equipment manufacturer for Porsche and Aston Martin and a premium supplier for the high performance automotive market.

PWR will use the established C&R brand for its operations Stateside while retaining the PWR moniker throughout the rest of the world.

“We see this acquisition as bringing together two like-minded, dominant businesses to create a much larger footprint in the USA,” said PWR founder and co-owner Kees Weel.

“The opportunities available to the combined PWR/C&R group in USA are significant.”

Paulsen, who will become president of the rebranded C&R Racing Inc, said the acquisition of his company by PWR will create the most power high performance cooling business in the world.

“We have watched PWR rapidly grow into the premier performance cooling system manufacturing company in the world,” Paulsen said.

“Their world class engineering and incredible flexibility is unlike any company we’ve ever done business with.”

PWR co-owner and former V8 Supercars racer Paul Weel added that C&R Racing brings another dimension to the business through its fabrication and machining capabilities.

“C&R run a first class business plus their access to USA automotive markets really makes it a case of one plus one equals three,” he said.