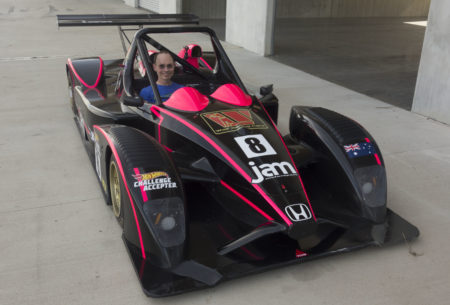 The Australian Prototype Series (APS) will welcome another series debutant when it opens its season at the Production Car Nationals at Sydney Motorsport Park this weekend.

Fresh from a stint in the Porsche Michelin Sprint Challenge Australia, Marty Ewer will join the series for every round of the 2020 season.

It was a tough year in the one-make Porsche series for the South Australian after being only able to make half the season, however discussions with 2017 APS champion Mark Laucke and Jam Motorsport convinced Ewer it was time to make the switch.

“I have known Mark Laucke for years now and I know Aaron Steer too, so after have a discussion with them about joining the series, I told them that if I could find the right price for my cup car, I would get a prototype car, which I eventually did.

“I thought the APS would give me good enjoyment in terms of value for money and motor racing – especially going reasonably quickly against people who would be sensible, respectful and not banging into me.

“I quite like the nature of the car too. I drove one a year ago and adapted to it reasonably well, so there were a few things I took into account when making the switch.”

With Jam Motorsport supporting him and his cup car sold for the right price, the big decision for Ewer then became which car he would line up with.

It ended up being a straightforward choice for Ewer as two of series’ three previous champions in Jason Makris and Laucke both had a Wolf, as well as John-Paul Drake and Glen Stallbaum – all of whom were constant front runners.

However, with his new car stuck in Singapore due to transit delays, the South Australian was faced with a dilemma of which car he will drive for his debut in Sydney.

“I am feeling good and looking forward to my debut but unfortunately I haven’t done any preparation for it as the car is stuck in Singapore,” Ewer explained.

“I purchased it new and it was meant to be here by now, but these plans have been dispensed so I just need to work out what I am doing now.

“At this point, we still haven’t secured a car for me to drive. I am just trying to see what I can do but I don’t think I will be able to do any testing before the round (at Sydney Motorsport Park).

“There is an option to drive the former Daniel Gonzalez car if need be so if I get a chance to drive it before it gets packed up, then I will.”

The Australian Prototype Series begins its 2020 season during the Production Car Nationals at Sydney Motorsport Park on 6-8 March.