The TA2 Muscle Car Series will step up a level in 2020 following the announcement of a new naming rights partnership with PROMAXX Performance Exhaust. 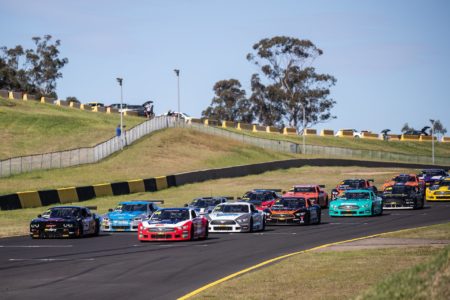 PROMAXX Performance Exhaust will be manufactured and distributed under the direction of Anthony Bright, Director, Owner and Partner of Steve Petty Motorsports AU. Pty, Ltd. from their factory in Lilydale Victoria. Their website can be found at www.drivespm.com.au.

The PROMAXX Performance Exhaust TA2 Muscle Car Series will cover 6 rounds over 4 eastern states in 2020. Aaron Seton won the title last in the Castrol Harris Racing Ford Mustang, after a year-long battle with George Miedecke and Ashley Jarvis, while 17-year old Lismore school student Nathan Herne served notice that he will be the one to watch this year.

“Pete Robinson and his team in Australia have done a brilliant job in getting the TA2 Muscle Car Series firing after just 2 years on the local national stage,” said Steve Petty.

“Anthony Bright and I see this as the perfect fit to launch the PROMAXX Performance Exhaust brand in Australia, directly targeted to the modern muscle car fan base which is still very much V8 centric in Australia. I love Australia, I raced there in the early 90’s, and this is the perfect way to give back to Australian motorsport.”
Peter Robinson, Owner – TA2 Muscle Car Series

“Steve is very passionate about motorsport, he has built a solid business around his racing achievements and I couldn’t think of a better partner to help grow both the TA2 Muscle Car and PROMAXX brand in Australia,” said Peter Robinson.