Proctor and Smith set to star at Hampton Downs

Proctor and Smith set to star at Hampton Downs 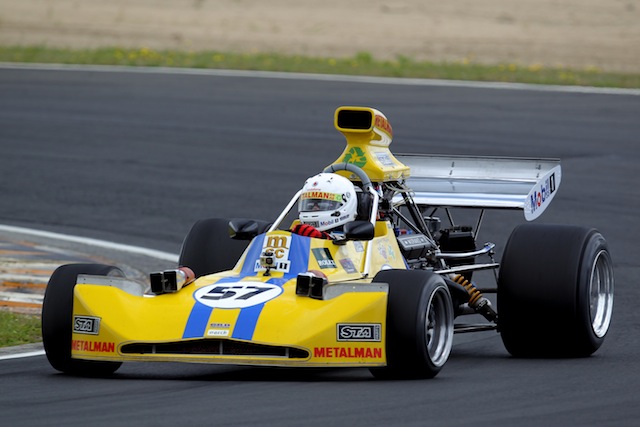 Formula 5000 is the featured category and ’70s F5000 and F1 ace Howden Ganley the feature driver at the meetings which this season host the first two domestic rounds of this season’s MSC F5000 Tasman Cup .

High-profile Kiwi motorsport all-rounder Proctor, who won races and finished second overall in his first full season in the MSC series in 2013, was the top-performing Kiwi at the first two rounds of this season’s series in Australia late last year and says he is looking forward to carrying the pace he showed at Sandown and Sydney Motorsport Park to Hampton Downs.

“While I will be approaching each meeting the way I always do, with the utmost respect for my fellow competitors, I’ll certainly be doing the best I can possibly can,” Proctor said this week.

“Obviously we have had a good start to the season so the plan now is to have a few more good meetings on this side of the Tasman, hopefully with no mechanical damage.” 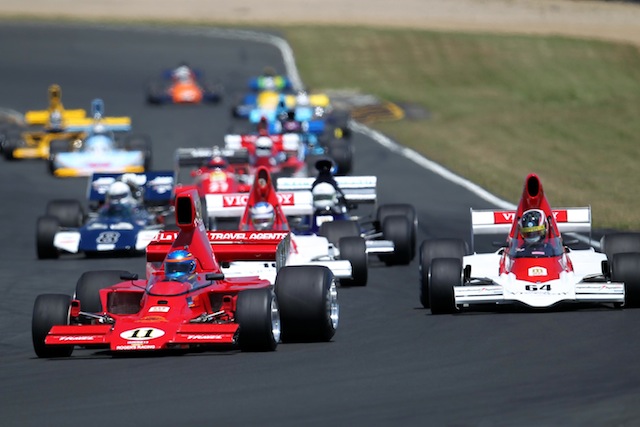 For the past two years series young gun Michael Lyons has proved to be the driver to beat at the two NZ Festival meetings, though last year it was series super-vet Ken Smith who claimed pole position and led the first race at the first Hampton Downs meeting until he blew an engine.

Proctor rates both Smith and fellow series regular and two-time MSC champ Steve Ross (McRae GM1) from Dunedin as likely threats this and next weekend, though with 27-strong grids for the MSC races he says there could be ‘six or seven other guys’ in the leading bunch.

Ken Smith, meanwhile, is looking forward to his first races back in his ex-Danny Ongais Lola T332, after the engine damage sustained at the first NZ Festival round last year ended his 13/14 MSC season early.

Having missed the first two rounds of this season’s MSC series across the Tasman, another series title is a long-shot for the 73-year-old, in his 57th consecutive year of national level single-seater racing. But pole positions, race wins and lap records are there for the taking – particularly at Hampton Downs.

Lyons is the current F5000 – and outright – lap record holder at Hampton Downs thanks to the 59.483s time he set in the second race at the second NZ Festival meeting last year. But before his car’s engine blew at the first round Smith claimed pole position with a time of 59.445.

Only times set in a race can be classed as lap record but the qualifying time certainly shows what Smith and the T332 Lola are capable of this and next weekend.

MSC series regulars from this side of the Tasman will be joined this weekend and next by Australian series front-runners Paul Zazryn (Lola T332) and Paul Brennan (Lola T330). And debuting long-awaited new cars will be the two men behind the Hampton Downs development, Tony Roberts and Chris Watson.

This time Roberts will be behind the wheel of a McLaren M10B, Watson a Gardos, the latter a McLaren M18-based car built in 1973 in Australia.

Finally, as well as the 26 F5000 cars entered for the three MSC series races each weekend (2 x 8-lap & 1 x 15 lap) British driver Robs Lamplough will drive the V12-engined ex Howden Ganley BRM P180-02 Formula 1 car and there will be as many as 20 other Formula 5000 cars at the track being demonstrated or on display.