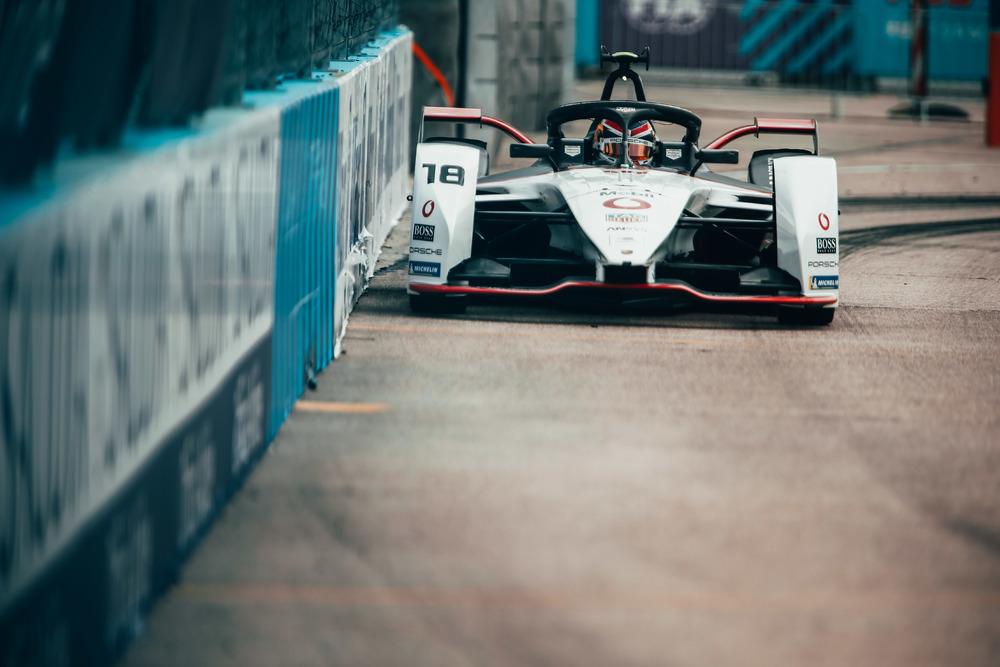 The sixth race in nine days marked the conclusion of a first season in the ABB FIA Formula E Championship for the TAG Heuer Porsche Formula E Team. André Lotterer (DE) was the best-placed Porsche driver in the 11th race, crossing the finishing line in Berlin (DE) in 14th position. He had already secured a points finish in all five previous races of the season finale. Neel Jani (CH) finished in 15th position in the Porsche 99X Electric.

In the drivers’ championship, Lotterer finished eighth in the overall standings with 71 points. He reached the podium on two occasions, firstly at the season-opener in Diriyah (SA). Jani’s best result in his first full Formula E season, which he finished with eight points in 20th position overall, was sixth place at the penultimate race in Berlin. With 79 points and eighth place in the team championship, the TAG Heuer Porsche Formula E Team has concluded a more successful debut season than any newcomer since Season 2 of the fully-electric series.

The qualifying
As on the previous day, Jani produced a good pace in qualifying, but just missed out on the Super Pole on this occasion with his time of 01:15.861 minutes. The Swiss driver started from eighth place on the grid. Lotterer had to be on the circuit in the first group and secured 20th place with a time of 01:16.317 minutes.

The race
Lotterer moved up by three positions at the start, only to lose these gains during the first lap. Jani was able to defend eighth place once the red starting lights went out. However, he had to let a number of competitors pass on the following laps and finished the race in 15th place. Lotterer worked his way up through the field to improve by six places. He finished in 14th place after 36 laps.

Reactions to the season finale

Fritz Enzinger (Vice President Porsche Motorsport): “Today in Berlin represented the conclusion of what was, in many ways, an extraordinary season in the ABB FIA Formula E Championship. We have celebrated our debut in fully-electric motor racing – and achieved success from the word go. André Lotterer finished second at the season-opener to reach the podium. He followed this up with another podium finish in Berlin. We scored points with the TAG Heuer Porsche Formula E Team in eight out of 11 events. That is an outstanding record for a newcomer to Formula E. We entered this championship without any experience from being a partner or customer team and worked hard together for every single achievement. I am incredibly proud of the whole team – at the racetrack and in Weissach. Huge thanks to the drivers Neel Jani and André Lotterer, as well as our partners. None of this would have been possible without them. Of course, the season took a most unexpected turn with the advent of the Coronavirus pandemic. Congratulations to Formula E for organising such a thrilling finale in Berlin despite everything. We were able to stay focused during the long break, which enabled us to give everything. That was rewarded with good results. We will now immediately start to concentrate on preparations for the upcoming season. We have gained plenty of experience that will only make us stronger for the challenges ahead. I can say one thing for definite: Porsche feels at home in Formula E. Our goal for next season is clear: winning.”

Amiel Lindesay (Head of Operations Formula E): “That was a another difficult day to finish things off. We struggled with the balance on both cars. So, our first Formula E season finished without scoring any more points. However, we are very pleased overall. We knew that it would be a big challenge for us to enter as a completely new team. But we overcame this challenge. Second place at the season-opener in Diriyah really gave us some extra motivation at the start. The experience gained throughout the season was just as important and we will benefit from this in the future. Six races in nine days in Berlin was a very intensive experience, but one that brought us even closer together. We are already looking forward to next season.”

Neel Jani (Porsche 99X Electric, #18): “Qualifying was very tight and I missed out on fourth place by just half of a tenth of a second. We then made a few changes to the setup for the race, but these did not pay off. That made things quite difficult. The pace we had yesterday was missing. All in all, I would have liked to have scored more points for Porsche. But luck was just not on my side in some races. Nonetheless, I think that we can be very satisfied as a team. We have learned a lot and gained valuable experience.”

André Lotterer (Porsche 99X Electric, #36): “Unfortunately, I got stuck behind another car in qualifying and had to start from 20th place. Nonetheless, I was optimistic about the race and I had hoped to put on another chasing performance. For whatever reason, the car just didn’t behave quite as well today. It is a bit disappointing to finish the year without any points. But overall, it was a good first season for us. We had two second places, some good races and a few that weren’t so good. We still have plenty to learn about this series. But it was a promising start. I think that we will be even stronger next year.”