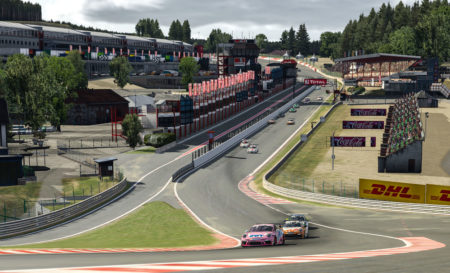 Porsche Motorsport Australia has revealed the 8 Round calendar for the Porsche PAYCE and Michelin Virtual Cup Championship, which is due to get underway on the 04 April on the iRacing platform.

The tracks and formats selected were based on feedback from eligible Porsche PAYCE Carrera Cup and Porsche Michelin Sprint Challenge drivers from the 2019 and 2020 seasons.

The race formats for each round will include a 30-minute Practice session, followed by a 20-minute Qualifying session and three individual 20-minute Races. The track conditions will follow the four seasons providing varying track conditions through the championship, while the grid for each race will be a Progressive grid, with Race 1 being based on the finishing positions from Qualifying.

The calendar starts on the fast sweeping turns of a local favorite among both the Carrera Cup and Sprint Challenge drivers in the form of Phillip Island. Two weeks later the series travels to Europe for the first European round at the Barcelona circuit and also hosts the first US race in the form of a night race at Daytona.

The long tree-lined straights and curves of Monza mark the mid-point of the series before the championship returns to Australia’s most popular Mount Panorama circuit in Bathurst. The 29th June then plays host to the infamous Spa Francorchamps before a night race at the Le Sarthe circuit in Le Mans.

The fast sweeping turns of Silverstone in the UK host the final round of the series, where the 2020 Porsche PAYCE and Michelin Virtual Champions will be crowned across the Mobil Pro and Pro-Am classes.