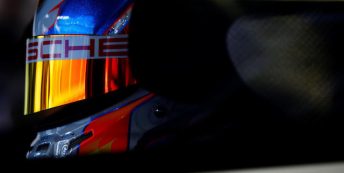 MEDIA RELEASE: Did you want to be the 2017 Porsche Junior? Apply now.

Launching the driver development programme in 2016, Porsche will again award one young driving talent aged under 23 the Jamey Blaikie Scholarship to compete in the Porsche GT3 Cup Challenge Australia presented by Pirelli season.

Valued at over $40,000, scholarship benefits include a season’s entry fee, race suits, driver mentoring, media and fitness training, along with a season’s allocation of race tyres free of charge, provided by scholarship partner, Pirelli.

The inaugural recipient of the Jamey Blaikie Scholarship was Perth based driver Jake Klarich, who finished an impressive third outright in his maiden GT3 Cup Challenge season.

A local example of the Porsche Motorsport Pyramid at work is Matt Campbell, who raced in GT3 Cup Challenge in 2014, finishing fourth outright in a 2005-spec Class B Porsche, before moving to Carrera Cup in 2015, placing third in his debut season, and ultimately winning the Carrera Cup title in 2016.

The German marque has a strong history of driver development with initiatives such as the Porsche Motorsport Junior Programme, which annually promotes one Carrera Cup driver to the Porsche Mobil 1 Supercup.

The Jamey Blaikie Scholarship, named after the late Jamey Blaikie, the individual responsible for the introduction and growth of Porsche one-make racing in Australia and a strong supporter of emerging driving talent, will continue this support in the Australian market.

“We are pleased to continue this driver scholarship into the 2017 GT3 Cup Challenge season. This was very well received in 2016 and our first ever Porsche Junior, Jake Klarich, was a tremendous brand ambassador for Porsche both on and off the track,” said Porsche Cars Australia Motorsport Manager, Kurt Sakzewski.

“We again look forward to supporting one young racer in 2017 in the GT3 Cup Challenge championship. Porsche provides an unrivalled, proven driver development pathway following the success of drivers like Earl Bamber and Matt Campbell.

I encourage any young driver looking to follow in their footsteps to apply for our 2017 Porsche Junior position.

“Thank you to Pirelli for continuing as a major supporter of this programme and for assisting in the development of young Australian motor racing drivers.”

Porsche Cars Australia is encouraging eligible drivers to send a completed Application Form and Driver CV to [email protected] Nominations will be accepted up until December 01, 2016.

Eligible drivers must be:
– be aged under 23 as of January 01, 2017
– be a resident of Australia
– be eligible for a CAMS Provisional Circuit (PC) License
– be able to show proof of success in motorsport/karting
– be able to secure season budget to the 2017 Porsche GT3 Cup Challenge Australia presented by Pirelli season
– not have raced a full season in Carrera Cup, GT3 Cup Challenge (Class A) or similar level GT, Touring Car or open wheel series