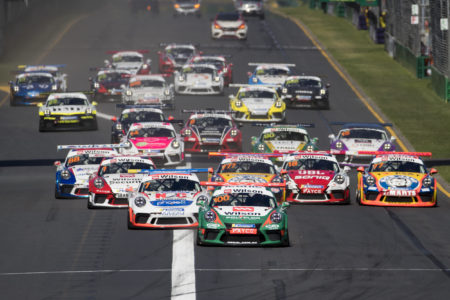 Porsche Cars Australia (PCA) has announced the creation of a Porsche Carrera Cup Australia Hall of Fame Award, which seeks to both recognize and celebrate significant contributions that individuals have made to the category over its 17-year history, which has seen it established as the premier support series within the country.

A five person judging panel will induct one winner annually to the Porsche Carrera Cup Australia Hall of Fame, which will be announced at the annual Porsche Paynter Dixon Carrera Cup Awards Night toward the conclusion of each season.

The judging panel will select the winning inductee from a list of three potential candidates, with each candidate distilling the values of the championship while making a significant contribution to the success during their time with the sport. This entitles the award to be bestowed not only upon drivers, but administrators, officials, team managers, engineers, mechanics and volunteers. The first year will see three winners being inducted into the Carrera Cup Hall of Fame, while one winner per year will be inducted every year after that.

On the announcement, Troy Bundy, PCA’s Head of Motorsport said, “We feel it’s important to recognize the people that have made Carrera Cup into what it is today and will be really rewarding to celebrate the contribution people have made to our category on all levels of the sport. “

“The Carrera Cup Hall of Fame Award will also grow the awareness of the steeped history of Porsche Carrera Cup in Australia, via a range of content pieces highlighting the contribution the inductee has made to the Championship over the years.”