Porsche 944 Challenge kick off return to Vic Motorsports this weekend

Porsche 944 Challenge kick off return to Vic Motorsports this weekend 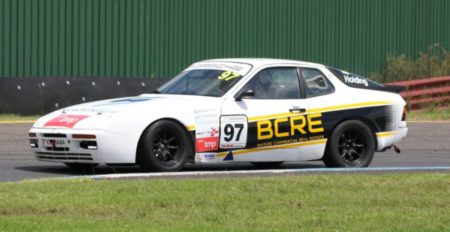 The Porsche 944 Challenge will be one of the first categories to get back onto the race circuit this weekend when they compete in three races at Sunday at the famous Phillip Island Grand Prix Circuit.

A strong 18 car field is entered for the event which will feature two 6 laps races, followed by a Reverse Grid 10 lap final race which will be held for the fourth running of the Dennis O’Keefe Cup, named after the series founder who was the brainchild of the category back in 1999.

Favourites at the front of the field will be reigning series champion Cameron Beller, with race winners from the last visit the series took to Phillip Island, Dick Howe and John Kennedy expected to be some of his strongest competition on the weekend, along with the father and son Westaway duo, as well as podium finishers from the last time the series was on track at Sandown in February, Adam Brewer and Mark Taubitz.

Debuting his stunning new 944 will be series regular and defending DOK Cup race winner Pedr James, while Porsche Sports Car stalwart has added a 944 to his garage and he returns to the series, behind the wheel of his striking new EJM backed car for the first time this weekend.

Also on track will be previous DOK Cup victors Marius Catrina and Peter Doherty who will be keen to get a second trophy in the reverse grid final race. They will have competition for this battle with Jim Mitchell, Keith Marriner, John Vainoras, Andrew Jones, Toni Andreevski and young gun Daniel Petselis all keen to bag some silverware from the event.

Flying the flag for round sponsor Bayside Commercial Real Estate will be Rob Holding in the #97 BCRE backed machine, as he looks to represent his backers the best he can at the front of the field.

Qualifying kicks off at 10:19am this Sunday.