Pollard recovers to fourth in Portland!

Pollard recovers to fourth in Portland! 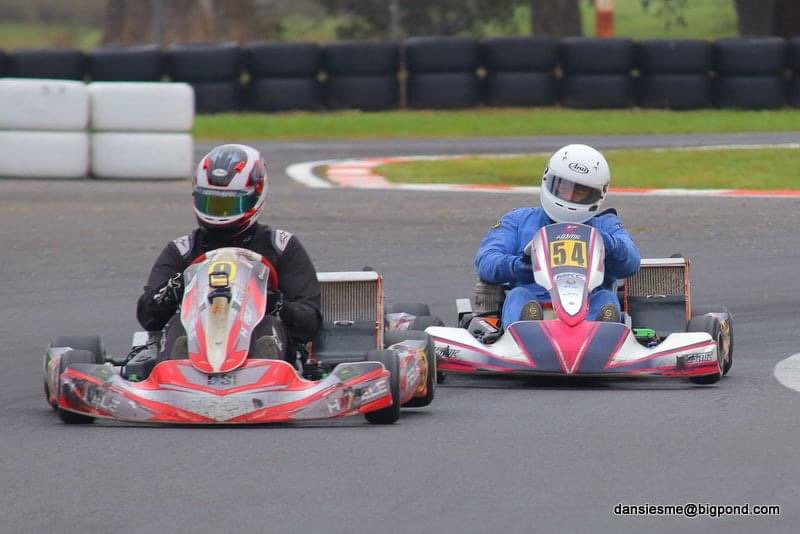 Liam Pollard returned to Portland Kart Club over the weekend for the third round of the Victorian Country Series. Pollard has had a busy start to the 2022 season racing across the Golden Power Series and Victorian Country Series with a third place at the opening round of the Power Series a highlight. Liam was up against a high quality near fifteen kart field of TAG 125 Heavy drivers and he was looking to start his weekend well in qualifying.

Pollard utilised Saturday practice to the best of his ability and was ready to put his best foot forward in qualifying. The Hafele backed entry put himself inside the top ten in the early stages of qualifying but was continued to push hard. Liam was setting fastest times as the session went on and the young driver was on the verge of the top five. Pollard put in an excellent lap to put himself in sixth position overall and on the third row of the grid for heat one.

Liam had his first heat race of the weekend on Sunday morning where he was looking to start his weekend strong. Pollard unfortunately had a poor and unlucky first half of the race, dropping outside the top ten karts. The DSI Engines powered entry wasn’t in the set-up window and this was hurting his pace to race with. Liam recovered in the second half of the race and was able to maintain his position in eleventh spot.

Pollard and his team tuned up the kart between races and was looking to bounce back in heat two. The Moment Maintenance backed entry got an excellent start this time round and was straight into the top five drivers. Liam didn’t quite have the pace to challenge the front pack but was battling on the edge of the top five. Pollard put in his best performance of the weekend so far coming away with position seven overall and in now in good shape for the final.

Liam had once again tuned up the kart with his team and was looking to challenge the front group. The Hafele entry got another excellent start and made his way into the top five karters. Pollard’s pace had improved in spades from the opening two heats and he was challenging the front group in the top five. Pollard was able to come away with his best performance of the weekend in the final, coming home in fourth position only a second of the race winner.

Liam and his father spoke post weekend on the difficulties of the start of the weekend and their improvement. “We struggled with pace early on in the weekend. We’re able to chip away and we’re very happy with final result of the weekend”. Pollard will be back on track for the fourth round of the Golden Power Series in July.