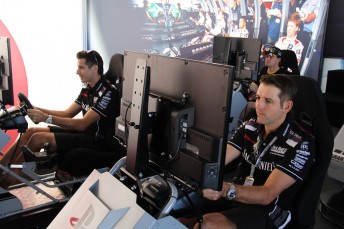 Qualifications for the 2014 Nissan PlayStation GT Academy are coming to a conclusion, with the final two ‘live’ events set to decide 14 of the 28 Australian finalists.

After three competitive ‘live’ events in Adelaide, Melbourne and Perth, the final two events will take place at the Gold Coast (Queensland) and Penrith (New South Wales) over the coming two weeks.

So far, over 10,000 people have sat inside the GT Academy simulators at the three events, setting their best times with the aim of becoming a fully-fledged factory driver for Nissan.

Fourteen people will secure their spot in the Australian finals through the live events, while the other 14 finalists will be decided via the online component of the game where competitors can set their times from the comfort of their own home.

The final two live events will be held at Robina Town Centre, near the Gold Coast, while New South Wales hopefuls will get a chance to test their skills at the Dick Smith store in Penrith, inside Penrith Westfield.

See below for full location details.

The 28 finalists will come together in July for the Australian finals, where six competitors will be selected to head over to Silverstone, United Kingdom, and vie to be the next GT Academy graduate.