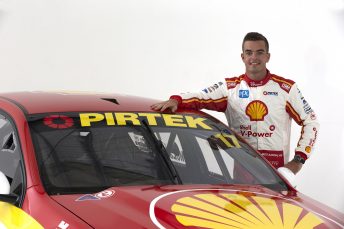 PIRTEK will continue its long and proud tradition in the Supercars Championship with the Shell V-Power Racing Team this season which gets underway with the Clipsal 500 in Adelaide this weekend.

Pirtek were a headlight sponsor on the Dick Johnson Racing Team Penske Falcons for the past two seasons and the renewed relationship will see the famous PIRTEK brand appear all season long on the windscreen banners on both both Scott McLaughlin’s #17 and Fabian Coulthard’s #12 Shell V-Power Racing Team Fords.

PIRTEK began its association with Supers with Stone Brothers Racing in 1998 which resulted in a win in the Bathurst 1000 on debut with Jason Bright and Steve Richards.

The relationship continued with SBR for several more years resulting in Supercar championships with Marcos Ambrose in 2003 and 2004 and with Russell Ingall in 2005.

Titles again followed in 2006 and 2007 as a support sponsor of the HSV Dealer Team cars of Rick Kelly and Garth Tander.

For the past four years PIRTEK have been the naming rights sponsor for the PIRTEK Enduro Cup which is awarded to the team with the best accumulated results from the Sandown 500, Supercheap Bathurst 1000 and Gold Coast 600.

Shell V-Power Racing Team Managing Director Ryan Story said he was proud that the team was associated with a strong Australian brand in PIRTEK.

PIRTEK’s Executive General Manager of Marketing, Mark Devitt, said that the brand’s association with the Shell V-Power Racing Team opened up a range of opportunities for the business and its customers.

WHAT THEY HAVE TO SAY

“Shell V-Power Racing Team and PIRTEK enjoy a very strong relationship both on and off the track,” Story said.

“PIRTEK is a critical technology partner supplying products such as fuel & air hoses, which have to stand up in the high pressure environment of Supercars. We know we can rely on PIRTEK to keep us on track.”

“We’re looking forward to hitting the track with the Shell V-Power Racing Team in 2017,” Devitt said.

“Our network of franchisees and customers loved getting up close & personal with the race team and the cars, and will be cheering them on to victory this year.

“We would also love to see the Shell V-Power Racing Team, as a PIRTEK-backed team, do well in the PIRTEK Enduro Cup later in the season. We’ll be behind them all the way.”

The Shell V-Power Racing Team will hit the track for the first event of the season this week, at the Clipsal 500 Adelaide from March 2-5.