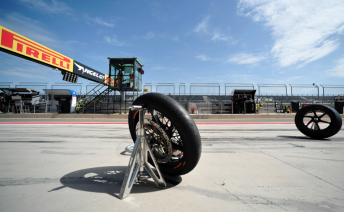 Link International and Pirelli are pleased to advise that tyres can now be ordered from official Tasmanian Pirelli Agent Fulton Enterprises, for the upcoming round of the 2015 Yamaha Motor Finance Australian Superbike Championship presented by Motul Pirelli, at Symmons Plains Raceway from September 4-6

Just in time for the Tasmanian round, Pirelli is also pleased to announce a new contingency program for riders who choose to race on Pirelli in Tasmania at the ASBK and purchase their tyres through Fulton Enterprises for the round.

For orders in Superbike, Supersport and Production classes, there is now additional contingency in place for top three Pirelli finishers in each of these classes overall for the season, who purchase their tyres through the local Pirelli tyre service at each of the two final rounds.

“We are excited to see the next round of the Australian Superbike Championship heading to Symmons Plains,” said Don Nicholas, Pirelli Moto Product Manager, Link International.

“Pirelli riders so far this year have enjoyed great success in all classes at the ASBK, and we hope this additional contingency program announced today encourages riders to compete at the premier level in Tasmania and following at the Phillip Island round.

“Our Race Technicians and fitting service will be on hand to support all riders enjoy some great racing at ASBK level on Pirelli tyres.”