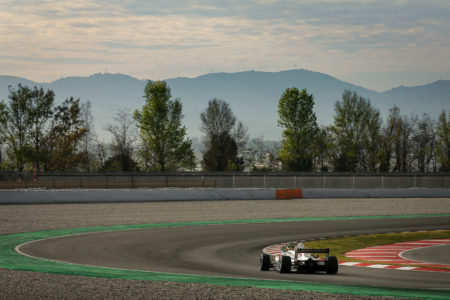 Championship leader Oscar Piastri travels to Spain as he begins the final phase of the Formula Renault Eurocup season, with just three races left to run.

Despite a rare non-finish in race one at Hungary last time out, the Australian bounced back in style with pole position and a largely untroubled race to victory a day later, reasserting a 37.5-point lead in the standings.

His dominant performances this year mean he has a superb six victories to date, three more than anyone else, while he has only finished outside the top four places four times in the 14 races so far.

The 4.665km Circuit de Barcelona-Catalunya is not only the home of the Formula One Spanish Grand Prix, but also held the third and final pre-season Formula Renault Eurocup test in April.

Its 16 turns provide a technical challenge with a mixture of long radius corners, a tight chicane, and a long main straight of over one kilometre in length. With aerodynamics playing a big part in modern racing however, it is a circuit which is tough to pass on.

Links to live coverage will be shared on Oscar’s official social media channels across the weekend, so fans can watch his progress as it happens.

“Barcelona is a track that most drivers will have done a lot of laps on as it’s often used as a test venue for a lot of series. Last year I didn’t have the best results there so I’m looking to make amends for that.

“Testing there has helped, though it’s helped everyone, so track knowledge isn’t a major factor this time out. There are a few good overtaking spots and the front straight is pretty long, so slipstreaming is pretty good there.

“The weather is usually good – nice and sunny – so I’m hoping for a solid weekend and some good results. We have to keep winning races and be consistently at the front in the final three rounds of the year.”