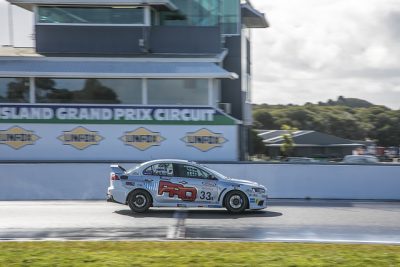 Just 22 days remain until the Phillip Island Six Hour – the jewel in the crown of the 2018 Jacuzzi Spas Australian Production Cars season – kicks off across November 2-4.

After Friday and Saturday (2 and 3 November) of the APC-run event host more than two and a half hours of practice and qualifying for the APC competitors, the Phillip Island Six Hour race will bring what has been an action-packed 2018 season to a fitting close for the national production car series on Sunday November 4.

Joining the APC racers on-track at Phillip Island will be the final round of the 2018 Australian Prototype Series presented by Hot Wheels, BMW E30 Club racing – including a one-hour enduro race and a special invitational class for Production and Improved Production entrants – and Lotus Regularity sprint sessions run by Lotus Australia. For a full event schedule, please click here.

“The anticipation and excitement around the Phillip Island Six Hour is just growing and growing as we get closer and closer to the debut of this great new event,” Jacuzzi Spas Australian Production Cars Category Manager, Iain Sherrin, said.

“We are expecting a really strong field of APC racers to be hitting the track with us at Phillip Island across November 2-4, with both those chasing championships and those who just want to enjoy six hours of racing at one of Australia’s best race tracks champing at the bit to get started.

“We also have some great support racing lined up for the main event, with the final round of the Australia Prototype Series joining us as well as racing for the BMW E30 Club and Lotus Australia’s regularity sessions.

“The BMW E30 sessions in particular should be great to watch with three races scheduled across the weekend including a one-hour endurance race on the Sunday morning. There is even the chance for Production and Improved Production racers to take part in these races as part of an Invitational Class – if anyone is interested they should get in touch through [email protected] as soon as possible.

“Entries are still open for the APC Six Hour race as well – competitors have until the 26th of October to get their entry in for the first running of what we expect to become a ‘must-do’ race on the Australian motorsport calendar.”