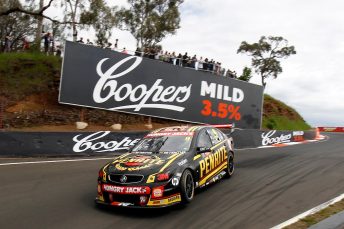 Iconic Australian family owned and manufactured company, Penrite Oil, will be the official Oil and Lubricant Partner of the Supercars 2017 Supercheap Auto Bathurst 1000.

Today Penrite Oil announced it would partner with Virgin Australia Supercars Championship as the official Oil and Lubricants partner of the biggest race in the country.

Supercars Australia Managing Director Matt Braid said the commitment from Penrite Oil continues the success of the sport in bringing on new Championship and event partners.

“Penrite Oil has a strong pedigree in motorsport and has provided unwavering support of Australian-based teams, drivers and organisations from a raft motorsport disciplines over the past 90 years,” Braid said.

“As a company entrenched in Supercars it is a logical step to add the biggest race in Australia’s biggest category to its’ brand portfolio.”

“The Supercheap Auto Bathurst 1000 is the biggest motor racing event in Australia and to be partnering with Supercars to be the official Oil and Lubricant Partner is something we are very proud of,” Dymond said.

“This partnership allows us to showcase our industry-leading Enviro Box™ for packaging and dispensing lubricant to an audience of over three million Australians who tune in to watch the biggest event on the Supercars calendar.”

Penrite Director of Motorsport Jarrod Harding added “The Bathurst 1000 remains the pinnacle of sporting endurance racing in Australia. It’s a place where motoring heroes and villain are born. What better place to showcase the strength and performance of our Racing range.”

“Penrite Oil has enjoyed a rich history in Australian motor racing and continuing this in an official capacity with one of the greatest touring car events in the world is an exciting time for our organisation, Supercars and the fans.”

The Supercheap Auto Bathurst 1000 runs from 5-8 October, 2017. Tickets are now available through Ticketek.