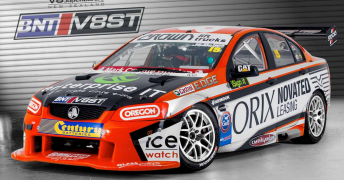 Paul Manuell is searching for a co-driver for the long distance races which will commence the re-framed 2014/2015 BNT V8 SuperTourers Championship.

Manuell has been left without a co-driver after Walkshinaw’s 2014 full-time recruit Nick Percat became unavailable this season.

The new season commences with the Taupo 400 from September 27-28 before the Waikato 400 at Hampton Downs from November 1-2 with the Fuchs 500 at Pukekohe from November 28-30.

The category then goes into summer recess before resuming for the start of the sprint rounds at a date to be confirmed at either Manfeild or Pukekohe next year.

“We are not necessarily looking for a V8 Supercar partner but some with a good experience level who can add to our team,” Manuell said.

Manuell’s Commodore is part of the strong M3 squad which also fields the Greg Murphy and Richard Moore Holdens.