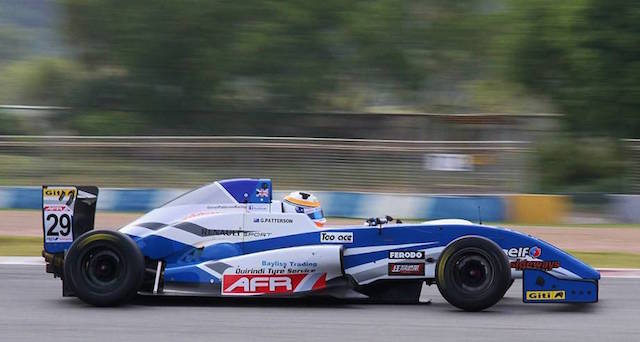 Patterson had a mathematical chance of winning the series at the finale, but lack of funds forced him to give it a miss.

Although the 21 year-old from Werris Creek in northern NSW was disappointed not to have a shot at the title, he was pleased with his maiden international race series performance.

“I hate having to settle for second after being within reach of the championship, but I’ve learnt a lot racing overseas and accomplished many of the goals I set at the start of the year,” he said.

“Now I know I can win an international race series with the right team – it just takes the right budget.

“I’m working flat out to get that for next year.”

Patterson expressed his appreciation for the assistance of his race team, family and sponsors during his AFR campaign.