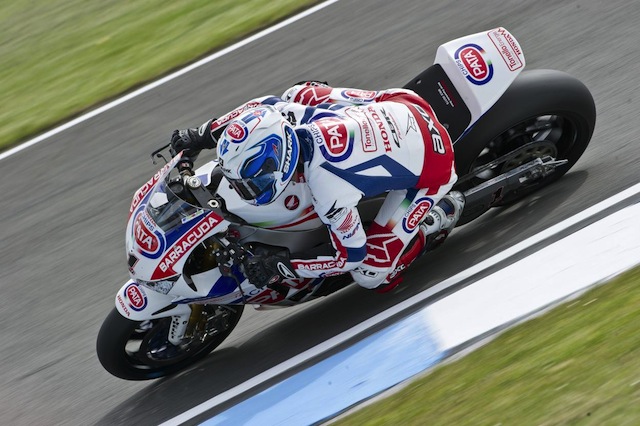 Guintoli is positive about the potential for further development of his Honda CBR1000RR Fireblade SP machine after a revised chassis configuration tested last time out at Donington Park in the UK gave him a better feeling on the bike.

The 32-year-old Frenchman has been on the Portimao podium five times in previous visits and is looking forward to pushing the CBR to the maximum in an effort to add to the machine’s own tally of nine podium finishes at the 4.592km Autodromo Internacional do Algarve.

Guintoli’s Pata Honda team-mate Michael van der Mark won at Portimao on his way to last season’s World Supersport championship but already has Superbike experience of the demanding and undulating circuit, albeit from a damp and cold pre-season test earlier this year.

Despite scoring two podium finishes at Assen in this, his rookie WSBK season, van der Mark has retired from the last three outings and is targeting strong finishes in Sunday’s two 20-lap races, which mark the halfway point in the 2015 World Superbike championship.

The weekend’s race event will be followed on Monday 8 June by an official World Superbike test at the Autodromo Internacional do Algarve at which both Pata Honda riders will test new chassis components and electronics updates.