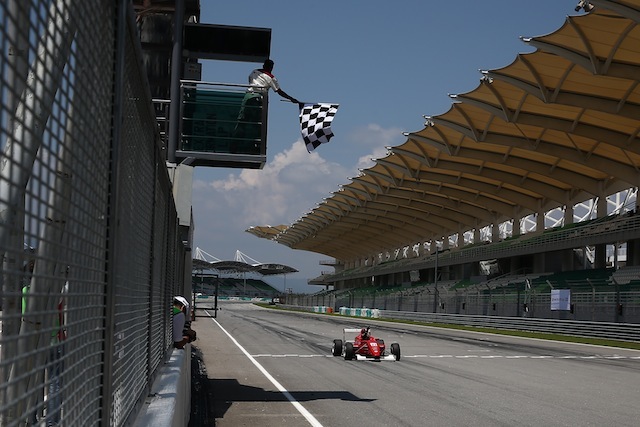 Jake Parsons is all set for the first races of the 2015 Formula Masters China series that begins this weekend on the Formula 1 Grand Prix circuit at Sepang, Malaysia.

The reigning AsiaCup Series champion competed in the second half of the Masters season in 2014, scoring three wins for Meritus.GP, and will start as one of the championship favourites.

“It was a great introduction to the series last year being able to race at like half the circuits that I’m going to be on this year,” said Australia’s Parsons.

“So I’ve had the best introduction to it that I could. I worked really well with the Meritus team, we’re on the same wavelength, so I’m excited to go back and repeat and improve on what happened at the end of last season.”

Pre-season testing has seen Parsons and Meritus.GP at the top of the time sheets, as the Australian focused on his campaign rather than his potential rivals.

“That’s something that I don’t worry about because I kind of treat all the drivers as a grey blob if you like,” he says.

“Everyone’s the same and I think it makes it easier to focus on what I’m doing rather than worrying about who it is that I’m racing against.

“It’s a nice way to start the season. Everything’s fresh and you don’t have any preconceptions of who’s going to beat you or anything like that.

“That’s the strategy that I like to use,” Parsons adds.

“I don’t know anyone who is racing in Formula Masters this season, apart from my team mate Daniel Woodroof.

“Through the season you get to meet new drivers or bump into them on the podium and they become familiar after that.”

The Formula Masters China series runs over 18 races from April until October.