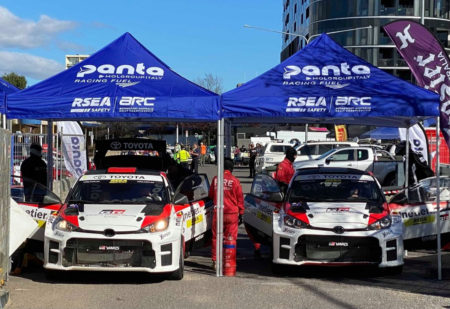 Panta Racing Fuel will remain the Official Fuel Partner of the RSEA Safety Motorsport Australia Rally Championship for at least another two years.

Panta joined the ARC at the start of 2021 and has opted to extend their contract. They will continue to provide competitors with access to several FIA approved racing fuels for the 2022 and 2023 seasons.

Participation and interest in Rally is growing and the 2022 calendar sees seven rounds across different states and territories starting with Canberra’s Netier National Capital Rally in March.

Motorsport Australia Director of Motorsport and Commercial Operations Michael Smith was pleased to have Panta extend its partnership.

“Even though there have only been two rounds this season, competitors have been very happy with Panta on all fronts and we’re excited to be able to work with the team for at least another two seasons. We know we can expect plenty more rally events in 2022 and beyond.

“Panta has a strong motorsport background, offers a high-quality product and has been a terrific partner to date, so it was a perfect fit for this partnership to continue.”

“We are very excited about the future of Rally. The professionalism, commitment and passion of competitors and the organisers is second to none,” Murphy added.

“Panta is synonymous with Rally having been the partner to the WRC and continue to supply some of the largest European Rally Championships such as the International Rally Cup and the Italian Rally WRC Championship.

“Panta is renowned for producing racing fuels to the highest quality in motorsport, with our brand being associated with some of the world’s best racing categories.”

Like this year, fuel will be available for competitors to order ahead of the extended seven round season in 2022.

Interested competitors can submit an order through the dedicated ARC Panta Fuels order form on www.rally.com.au.