Paddon and Kennard fighting fit for WRC start in Sweden

Paddon and Kennard fighting fit for WRC start in Sweden 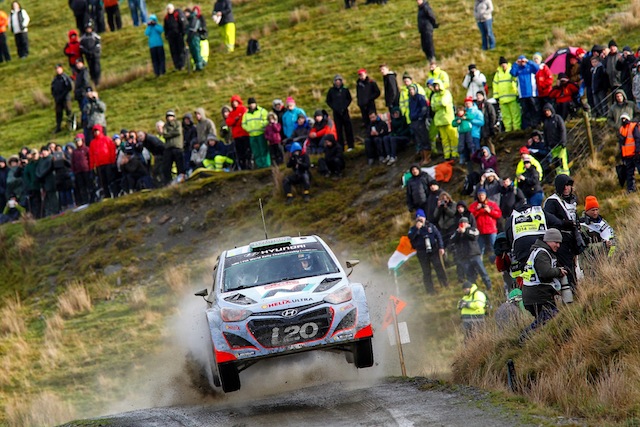 Kiwi rally drivers Hayden Paddon and John Kennard are reaping the benefits of plenty of hard work during the off-season and return, lean and keen, to the 2015 FIA World Rally Championship with this week’s Rally Sweden.

Paddon and Kennard, New Zealand’s most successful combination in world rallying, return to Hyundai Motorsport for a 12 event programme in 2015.

This season Paddon takes a new role with the team as the lead driver in the recently-announced Hyundai Mobis World Rally Team, which runs in parallel to the two-car Hyundai Shell World Rally Team with drivers Thierry Neuville and Dani Sordo.

However due to Sordo’s recent training injury, Paddon and Kennard step into the #8 Hyundai i20 WRC car normally run by Sordo and co-driver Marc Marti for the Swedish rally, while Paddon’s #20 car will be driven by team’s test driver Kevin Abbring and co-driver Sebastian Marshall now making their debut for the Hyundai Mobis World Rally Team. 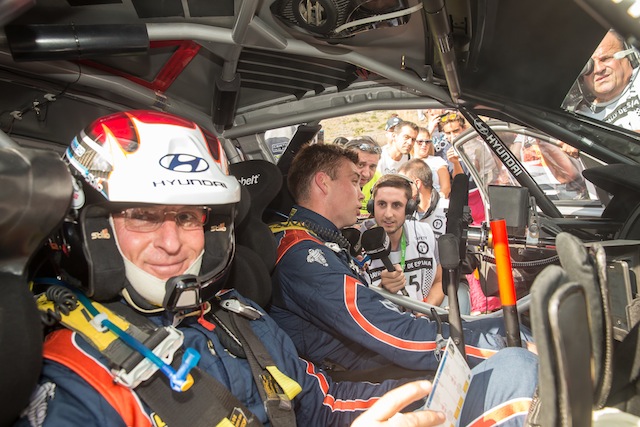 Regarding the sudden change in team structure for Sweden, Paddon says: “It’s humbling to be given the chance to be a part of the official team and to help them score points in the manufacturer’s championship.

“Of course it adds a little pressure to finish the rally to make sure we can score points for the team but in saying this, the plan is always to finish, so we will not change our approach.

“Our engineer will move with us to focus on the #8 Hyundai i20 WRC. All the cars are virtually the same anyway; the only small difference is that we do have to use some of Dani’s setup as some components are linked.

“But this isn’t a problem, and I’m excited by the prospect of driving car #8.”

For this first event of the season, Paddon says he’s looking forward to getting back in the groove.

“It feels like an age since Wales Rally GB. We have to be realistic in terms of results in Sweden – we have to try and finish in the points but also learn as much as we can.”

Paddon never underestimates the challenges of each event and in tackling the snowy, icy roads of Sweden he faces one of the most specialised surfaces of the season.

“There’s no doubt Swedish rally roads in winter make this a unique event where experience counts for a lot,” Paddon says from his base in Frankfurt not far from the team’s headquarters in Alzenau, Germany.

“John and I have contested Rally Sweden just once before, in 2012, so understandably our experience is a little lacking. However I do enjoy the fast nature of the Swedish stages and the style is not so different to gravel. If anything you can be flamboyant and take greater risks as, with the snow banks, there is greater room for error.”

Preparing for the biggest WRC season of their career has seen both Paddon and Kennard, from Geraldine and Blenheim respectively; work hard on their physical fitness.

“The offseason is the best chance we have to really hit the gym hard. This year I’m lighter, fitter and better prepared than ever, so we are in good shape for a big year ahead,” Paddon says.

Kennard says the break since November’s Wales Rally GB has been about trying to find a balance between physical training and weight. “We try to be in top condition, but still keep the engineers happy by not gaining too many kilos doing it.”

Another key task the pair tackles during the offseason is reviewing and preparing their pace notes.

“We use our old notes where we can but, for this event, the stage notes that we do have are three years old and a bit has changed in that time,” Paddon says.

“So they require a lot of work. Having said that, it will help us having these notes already as we study more recent in-car footage.”

Kennard adds: “Hayden has been working hard to update our 2012 using to our latest tweaked system, then he feeding them to me to re-write. We’ll be doing this a lot this year; in our quest for some extra pace, we’ve amended our system so that most of the numbers change a bit, which means every stage we have notes for need a good update.”

Looking ahead to the rest of his longest WRC programme yet, Paddon adds: “The events in the first part of the year are ones we have not done before or have very little experience of, so Sweden, Mexico and Argentina are all building up to Portugal which is a new event for everyone.

“[The 2015 Portuguese event will have a new base in Matosinhos, north of Porto, as the rally returns to the north for the first time since 2001.] With the level playing field in Portugal, we hope to start mixing it up closer to the front.

“We have step-by-step goals for each rally, important so we can keep progressing. We need to build on last year, and during the second half of the year we don’t just want to deliver good stage times, but we need to start putting that all together to get good results overall.”

The 12 to 15 February running of Rally Sweden covers a total distance of 1,441.57 kilometres with just 308 km of competitive roads broken into 21 special stages.

The actions begin with Thursday night’s traditional super special at Karlstad trotting track. Friday’s opening leg of eight stages sees competitors cross the border to Norway for much of the day with a remote service in Kirkenær, ending with the second super special stage in Karlstad. Saturday’s eight stages include classic tests in the frozen forests around the Hagfors service park, including the famous Colin’s Crest in Vargåsen, where as a mark of respect for the late Colin McRae, an award is made for the longest jump here.

The record is 37 metres, shared by Ken Block and Marius Aasen. Sunday’s itinerary has just three tests, including the rally-closing Power Stage in Värmullsåsen, before the Karlstad finish.

Rally Sweden is the only true winter round of the WRC where studded tyres are essential, meaning drivers must acclimatise to the ‘floating’ feeling and different braking points.

When temperatures hover around freezing, the studs tear up the road surface and exposed gravel rips them from the tyres to leave little traction. Spare a thought for the teams’ mechanics working in temperatures as low as -25°C.