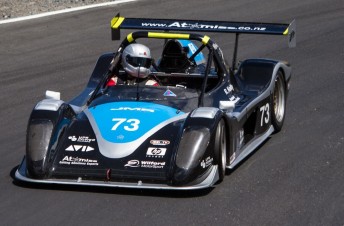 Radical part of an eclectic mix at Pukekoe

A packed field for the first of the three Mahindra North Island Endurance Series races at Pukekohe could produce a surprise result next weekend.

But it’s the size and breadth of the entry which is really what captures the eye as final preparations go into the cars for the Pukekohe Six, Three and One Hour events.

On the 45 plus entry is Aussie rally champ Dean Herridge and he will be joined by the likes of Paul Kelly, Craig Baird, Simon McLennan, Craig Innes and Glen Collinson in a field of quality drivers. Also scheduled to run in the one hour, in Russell Burling’s Lotus 211 sports car, is Kiwi racing icon Ken Smith – partnered by protégé Tom Alexander. Previous champion Kel McBeath in the one hour along with last year’s winner Matt Dovey.

It’s equally as interesting on the car front, with huge variety across the board. The specialist Porsche and Seat machines will be joined in the event by Subarus, BMWs, Hondas, Suzukis, Toyotas and Nissans along with sports car machinery from Juno and Radical as well as Lotus, Panoz and Chevrolet.

Holden and Ford will also be represented, with the V8 SuperTourer prototype car – ineligible for SuperTourer racing with its Holden, not Pace, floor pan – a jewel in the crown for the three hour and one hour fields in the hands of experienced racer John DeVeth, partnered by Paul Manuell.

The size of the field has meant that the organisers have had to split the field into two grids – those competing in the one hour race and those racing in the three and six hour competitions.